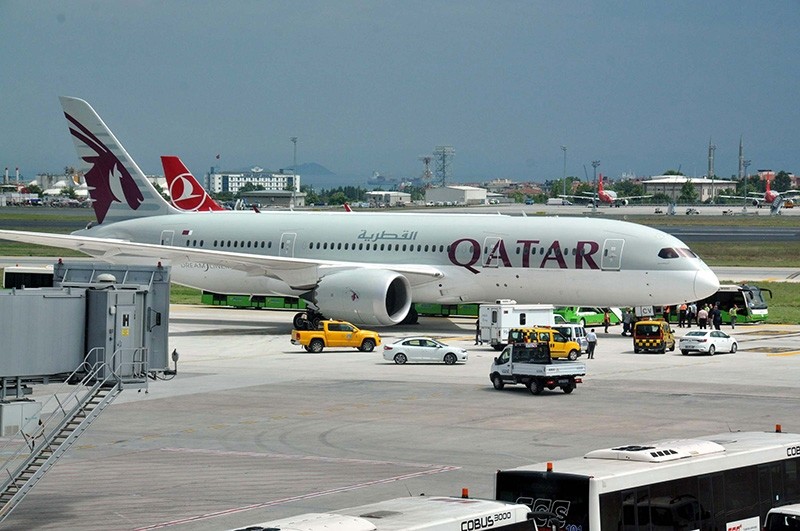 A Tunisian passenger was apprehended Thursday after trespassing into Istanbul Atatürk Airport's apron and climbing onto an aircraft's landing gear.

According to the report, the Tunisian tourist arrived on Istanbul Ataturk Airport's international departure terminal with his mother to travel to Doha, Qatar. After going through security checkpoints, the Tunisian man was waiting for his flight to begin boarding at Gate 705.

Eyewitnesses say that the man suddenly forced open the door of Gate 703 and made a run for the apron. After running around for a while, the man tried to climb onto a nose landing gear of a Qatar Airways aircraft.

The man was quickly apprehended. After authorities found his criminal record to be clean, he was transferred to a hospital for a psychological evaluation as the officials suspected the man had a panic attack.

The pilot of the Qatar Airways airplane asked officials to disembark all the passengers and make them go through security again as a precaution.