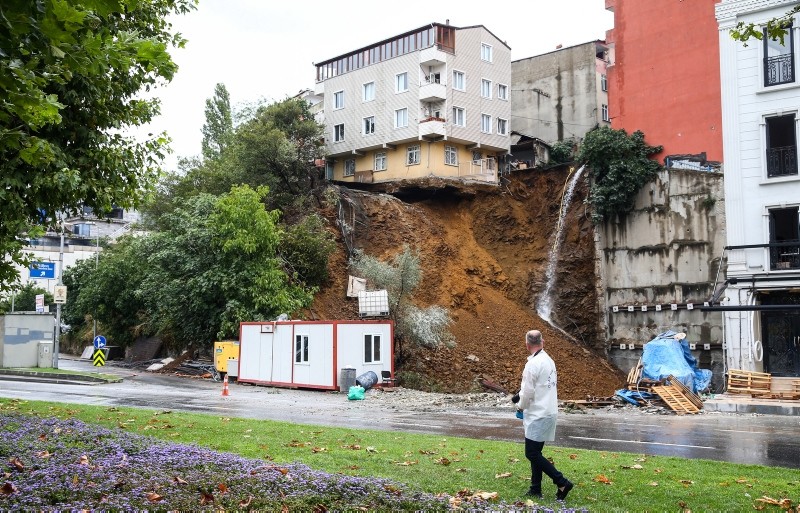 The earth underneath a building in Istanbul's Beyoğlu district was washed away early Tuesday as the retaining wall of a nearby construction site collapsed amid heavy rainfall, leaving the building hanging on a cliff.

Police and firefighter units evacuated the four-story building and two adjacent buildings in Sütlüce neighborhood and cordoned off the area.

The building collapsed on mid-Tuesday before a large crowd of onlookers, officials and television crews, which broadcast live the moment of collapse.


Beyoğlu Mayor Ahmet Misbah Demircan told reporters that the building was built illegally in 1994 and it had no construction license or occupancy permit and had problems with its foundation. It is unclear why authorities did not take action on the building to this date, but such instances are common in Istanbul and other cities throughout Turkey.

Locals told several newspapers that they have warned construction officials of cracks in their buildings. 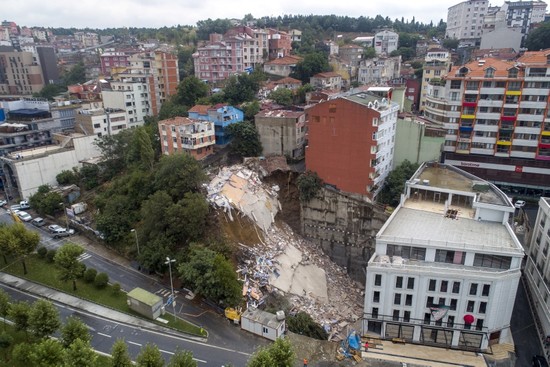 Meanwhile, Turkish media outlets reported that the nearby construction site of a hotel belongs to renowned Turkish international footballer Arda Turan and his brother.

Turan reportedly bought the land adjacent to the collapsed building for $4 million in 2017 in the area overlooking the Golden Horn, which has experienced rapid development in the last decade.