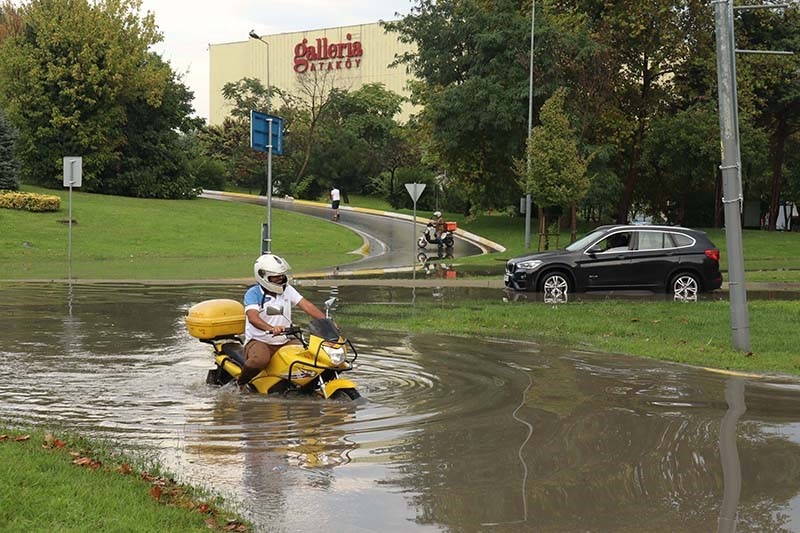 Heavy rainstorms battered parts of Istanbul on Tuesday, slowing down air and road traffic in the city.

The heaviest precipitation came in the early afternoon, flooding some streets, underpasses and homes. 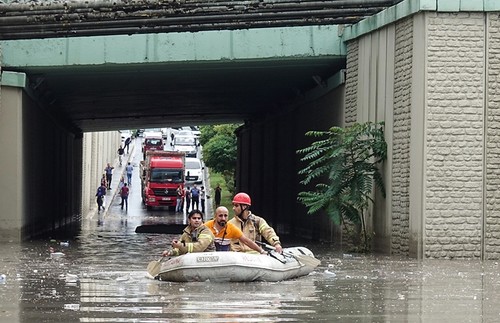 In Beylikdüzü, Avcılar and Esenyurt districts, vehicles were halted by the heavy downpours and fire crews responded to rescue stranded drivers and passengers. 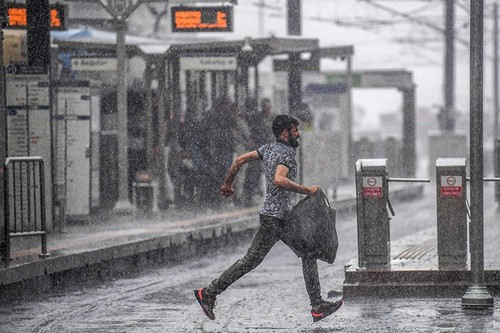 Precipitation resulted in intense traffic between Avcılar and Büyükçekmece on the European side of the city.

The coastal road between Üsküdar and Harem on the Asian side was also flooded.