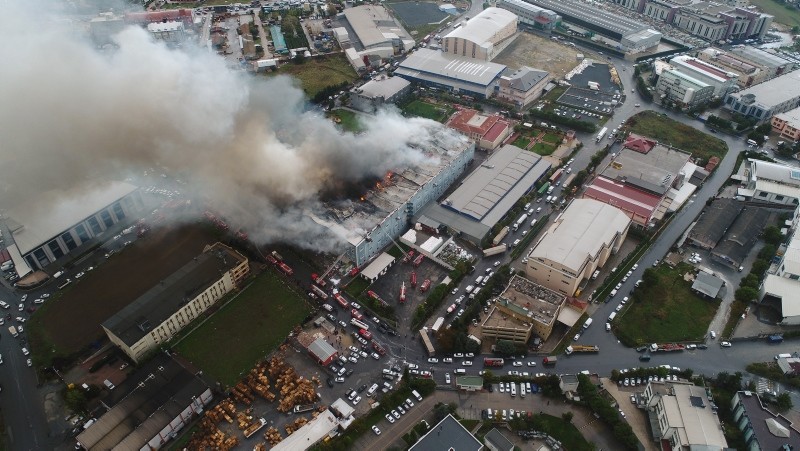 A massive fire broke out in the early hours of the morning on Thursday in a factory producing wooden pallets in Esenyurt district, on Istanbul's European side, the governor's office said.

The blaze started at an open pallet storage area and quickly spread to two other nearby textile and aluminum factories.

Nearly 200 firefighters from surrounding districts were dispatched to the scene. The fire department has said the fire is now under control.

The governor's office said that there were no casualties.

The cause of the fire is still unknown.

Later on Thursday, two factory workers, identified as Afghan nationals, were arrested for their suspected links to the incident, according to Istanbul police sources.

The sources who spoke on condition of anonymity said the two workers allegedly lighted a fire for warmth in the garden of the factory in the morning.