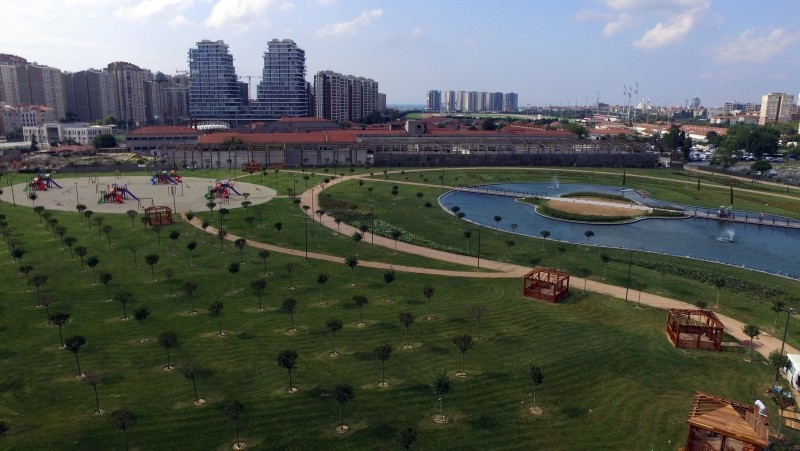 The new city parks, referred to as "millet bahçeleri" (which could be translated as public gardens) by the government, look to create a vast expanse of greenery in the middle of rapidly developing cities.

"With the opening of the public gardens we are fulfilling one of the commitments from our 100-day program. Work on 33 public gardens in 18 cities has reached the final stage. Our goal is to create at least one public garden in every city," Erdoğan said.

The five parks with a combined area of 1.5 million square meters increase Istanbul's green space per capita by 10 percent, the president said, adding that after construction of another city park at the site Atatürk Airport this number will go up even higher.

The newly-developing Başakşehir district on the European side of the city now houses three parks in the neighborhoods of Başakşehir, Kayaşehir and Hoşdere, while the two others are located in the historic Baruthane (Ottoman-era gunpowder factory) complex in Bakırköy district and Çırpıcı neighborhood of Zeytinburnu district.

The "city parks" concept designed by the ruling Justice and Development Party (AK Party) proposes turning old public spaces into parks, a move which will further advance the party's environmental agenda in the current term.