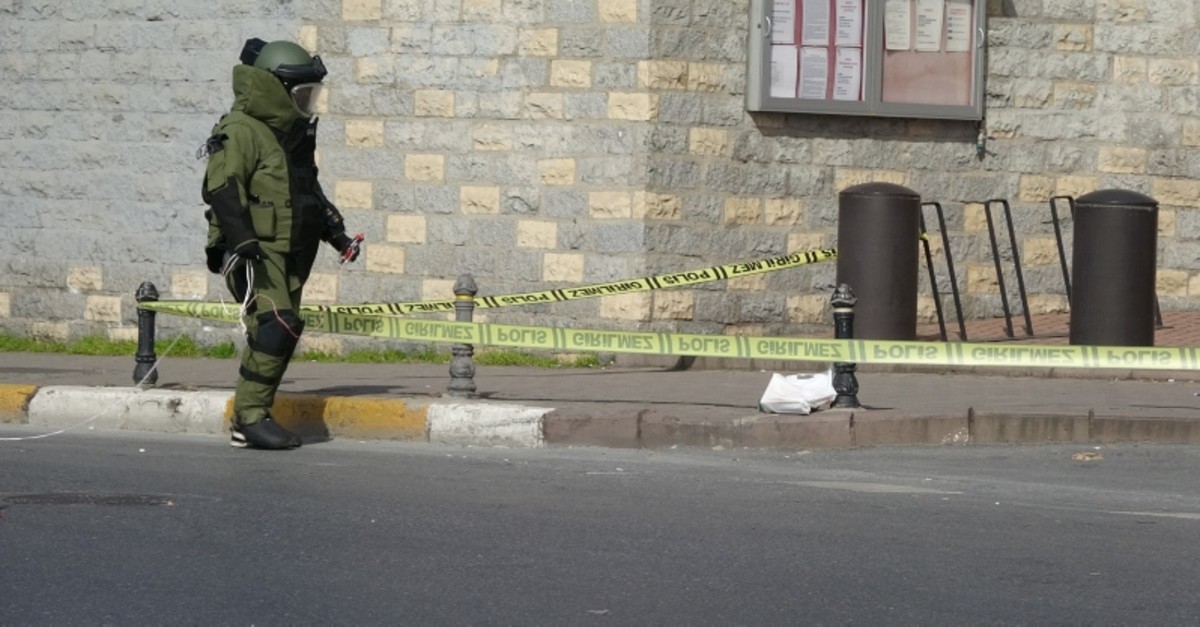 A suspicious package that was left next to the British Consulate General in Istanbul's Beyoğlu district turned out to be a false alarm and instead of containing explosives, the package had some non-threatening Turkish delight (or 'lokum') in it.

Acording to a statement from the police, the package was left next to the consulate building at around 3 p.m. on Saturday.

Special Police Forces were dispatched to the scene after reports that a suspected package has been spotted near the premises. However, when they blew the package up in a controlled explosion, it was clear that it had nothing but the Turkish sweets inside.

The flavor of the Turkish delights could not be determined but were likely a mix with nuts and shredded coconut. A brave passerby also ate a 'lokum' off the floor after the explosion.