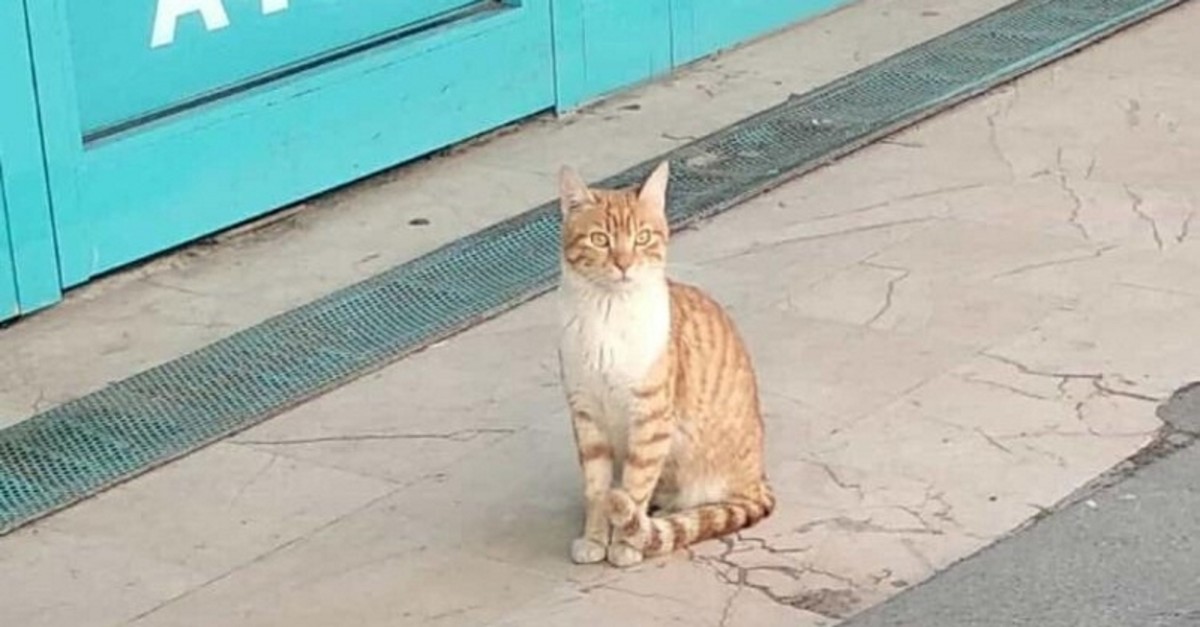 A mischievous stray cat bullying passersby in front of a supermarket in Istanbul became a social media hit after security footage was published online.

The video of the feline, who picked on men and dogs passing by the supermarket was shared by thousands of people online.

Video of stray cat chilling in front of an Istanbul supermarket, picking on men and dogs takes Turkey by stormhttps://t.co/jz603jk5Io pic.twitter.com/zJgzZTmj8u

In the footage, the cat is seen jumping on men trying to enter the supermarket and picking on dogs walking near it.

The residents of Bayrampaşa's Yenidoğan neighborhood who adopted the feline said the cat was attacking passersby with the instinct to protect its kitties.

They noted that an animal lover took the cat to a veterinary clinic for a checkup.

"This is an ordinary domestic cat," Ali Aydın, a Bayrampaşa resident told the Demirören News Agency (DHA). He noted that the animal carries food to its kittens.

Aydın said local residents leave food leftovers for the cat, which roams around different shops throughout the neighborhood.