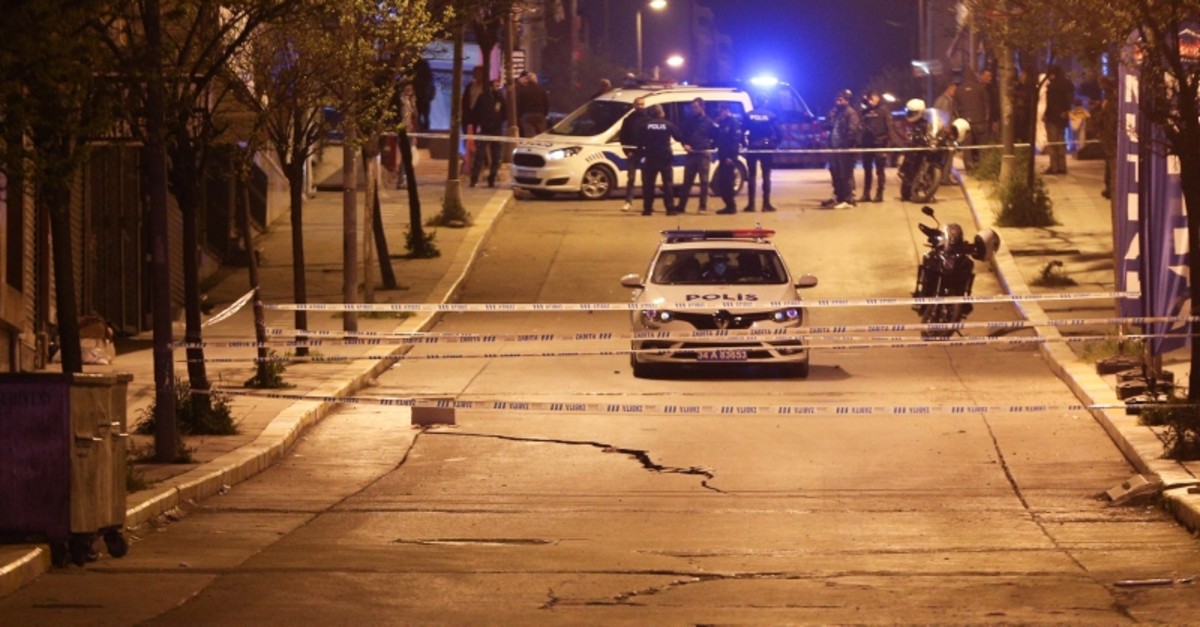 Twenty-five residential apartment buildings have been evacuated in Istanbul's Esenyurt district since late Friday as cracks appeared on the streets and buildings.

Esenyurt Mayor Kemal Deniz Bozkurt told reporters that 25 buildings on the Orhan Gazi Street, which was closed to traffic on Friday due to cave-ins, were evacuated over safety measures imposed by the governorate.

Bozkurt said that no problems were seen in the buildings apart from a nine-story building evacuated earlier due to visible cracks, which are being examined by crews from the municipality, the Disaster and Emergency Management Authority (AFAD) and provincial directorate of the Ministry of Urbanism and Environment. A large scale ground study is also underway in the area.

Police units have taken large scale security measures to prevent people from entering the site and protect the evacuated properties. A crisis desk was also formed inside a nearby elementary school.

Residents of the neighborhood told local media outlets that a low-pace landslide was underway in the area for some time due to a large construction site nearby and rainy weather over the past weeks.

Bozkurt said Saturday morning that crews resumed their efforts through the night to secure the area, and results obtained through monitoring devices placed inside buildings and cracks on the streets show that there was no sliding for the last eight hours.

Residents evacuated from the buildings are being assisted by the municipal police with some placed in hotels, Bozkurt said, adding that they will decide what to do next with the governorate until Sunday.

Istanbul Governor Ali Yerlikaya also arrived at the scene on late Friday to inspect the work carried in the area.

The incident came three days after a four-story building in Kağıthane district collapsed minutes after it was evacuated due to the collapse of the retaining wall of an adjacent construction site. The building was dangling on the edge of the construction site on a lower level before it tumbled down during a live broadcast. The retaining wall built after the ground was broken two years ago was apparently the only thing preventing the building from collapsing earlier. Ten buildings around the collapsed building have been evacuated as a precaution.

The scene was similar to another incident last year in Istanbul's Beyoğlu district, where a four-story building came crashing down after the retaining wall of a nearby construction site collapsed in heavy rainfall.

Back-to-back incidents brought back fears for Istanbul residents who witnessed a fatal collapse of another apartment building in February that killed 21 people in the city's Kartal district when a residential building collapsed over poor construction quality and illegal modifications.

The incidents also raised concern about the country's problem with illegal construction and interpreted as a warning sign against an earthquake risk.