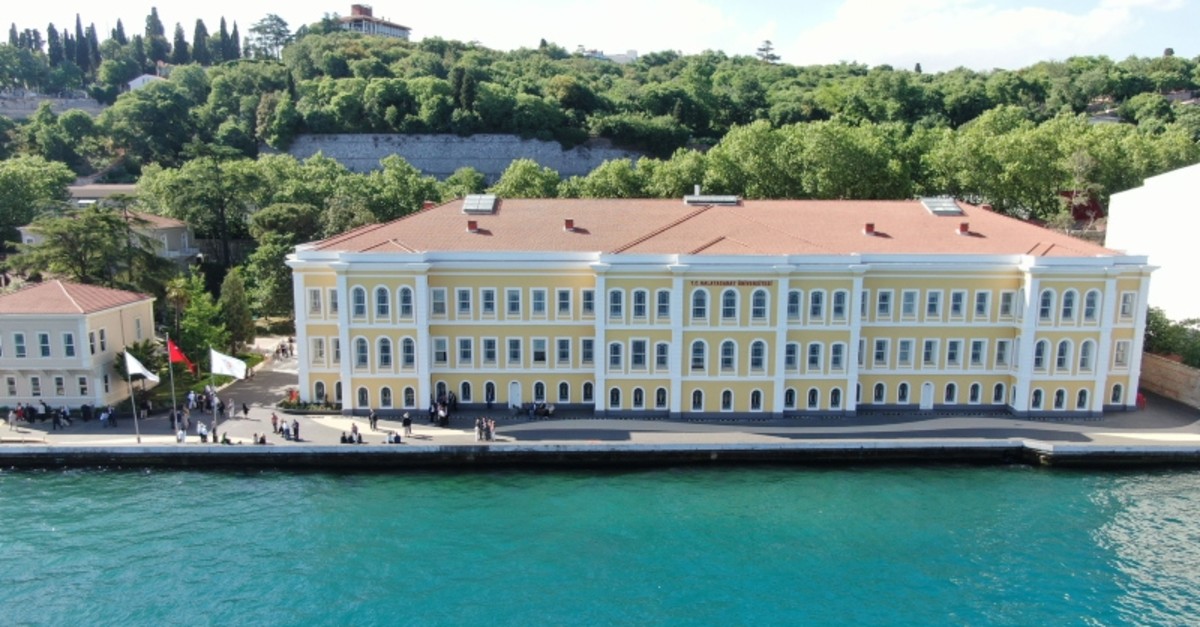 The 147-year-old Galatasaray University building located along the Bosporus has been restored to its original state six years after a blaze raged through the historic establishment and left it in ruins.

Located on the seaside in Ortaköy of Beşiktaş district on Istanbul's European side, the university building was burned to ashes after a fire erupted on the top floor of the three-story structure in 2013, completely destroying its roof and causing great damage to the walls, library and other sections.

Restoration works initially began in 2016 three years after the fire, which was blamed on an electrical fault.

During the restoration, the building's inner and outer walls were preserved while its foundation was strengthened.

The building, which was taken over by Galatasaray University in 1992, was home to a large number of irreplaceable historical books donated to the building's library, thus the damage caused by the fire was not only material, and it was a huge loss for the academic world.

The Galatasaray University building was built during the reign of Ottoman Sultan Abdülaziz in 1871 as an annex of the Çırağan Palace. For years, the building served as the girls' section for Galatasaray High School as well as a dormitory before it was used by the university in 1992.