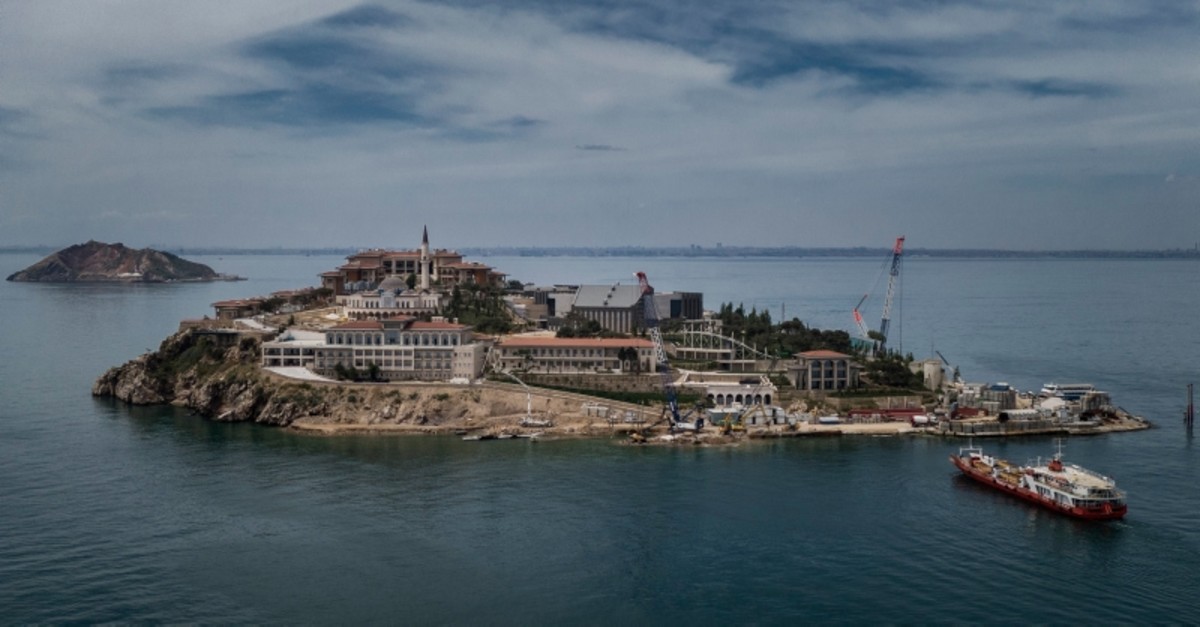 President Recep Tayyip Erdoğan said Sunday said the Democracy and Freedom Island will be inaugurated in the Sea of Marmara near Istanbul by the end of the year, during a visit one day before the 59th anniversary of the 1960 coup.

Turkey's Yassıada, one of the Princes' Islands notorious for jails and trials from the 1960 military coup, was renamed Democracy and Freedom Island ın 2013. It was once seen as a symbol of some of the darkest days of Turkish democracy.

The island is where Adnan Menderes, Turkey's first democratically elected prime minister, along with all the leading Democratic Party (DP) members, was jailed and tried after the May 27, 1960, military coup. 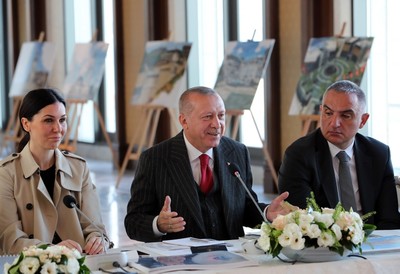 Upon the instructions of President Erdoğan, a project was launched to revive Yassıada in 2015, although not as a dark spot in Turkish history but as a place to remember the coup and the resilience of democracy. The island now serves as living witness to history as the 2015 project helped the preservation of the sports hall turned into courtroom as well as an ancient castle and its underground dungeons. Elsewhere, new buildings were constructed such as the Democracy Lighthouse, a 24-meter high symbolic beacon, the Eternity Pier which symbolizes the departure of the executed politicians for Imralı, as well as a monument in memory of the coup victims. They are accompanied by a library, a museum, a 600-seat conference hall, venues for re-enactment of events following the 1960 coup as well as exhibition halls which will focus on the history of the island. The island's main purpose will now be in giving a sense of history to visitors, in real places where Menderes and others were tried, giving an opportunity to confront a painful past for the country that saw more coups after the Menderes government was overthrown. Other facilities on the island include a 125-room hotel, a mosque, cafes and restaurants sprawled across 18.3-hectare island.

During his visit to the island on Sunday, Erdoğan touted the renamed piece of land, remaking it from an infamous isle to an honorable one. Speaking after touring the island's newly-built facilities, Erdoğan said that the island would host students so that they could be educated about the country's history of coups. He suggested that the island might be used as a venue for important international meetings. Erdoğan said that Turkey needed more strength to "make future coups impossible." The facilities will be fully opened to public by the end of the year, Erdoğan added.

Menderes and his two ministers, Hasan Polatkan and Fatin Rüştü Zorlu, were three of the 15 sentenced to death at the trials held on Yassıada, which was a no-go zone for decades. While the rest were pardoned, the death sentences of the three leading politicians were carried out on the nearby Imralı Island soon after the decisions were handed down by military tribunals.

Menderes was the founder of the Democrat Party (DP) in 1945, which broke from the Republican People's Party (CHP) that had been governing the country as a single-party system since the founding of the republic and led it in the first multiparty elections in 1946. In the 1950 elections, the DP won a parliamentary majority and ran the country until the May 27, 1960 military coup. Menderes is seen as the first democratically elected prime minister of the country. His term saw significant changes to counter the strict secularist policies of the preceding CHP era that alienated significant portions of the nation, coupled with economic reforms and major diplomatic realigning, including membership to NATO. The DP is seen by many as the predecessor of the liberal-conservative political movements of the Justice Party (AP) of the 1960s and 1970s, the Motherland Party (ANAP) of the 1980s and the ruling Justice and Development Party (AK Party).

The 1960 coup paved the way for future coups and coup attempts as the military, which viewed itself for a long time as the sole custodian of democracy, overthrew governments they did not like. Another significant coup followed 20 years later, disrupting democracy once again. Turkey was on a steady political path with no shaky coalition governments for more than a decade when soldiers, this time those aligned with a terrorist group, tried to seize power in 2016. A total of 251 people were killed and many more were injured when soldiers associated with the Gülenist Terror Group (FETÖ) attempted to overthrow the government and killed civilians opposing them three years ago.