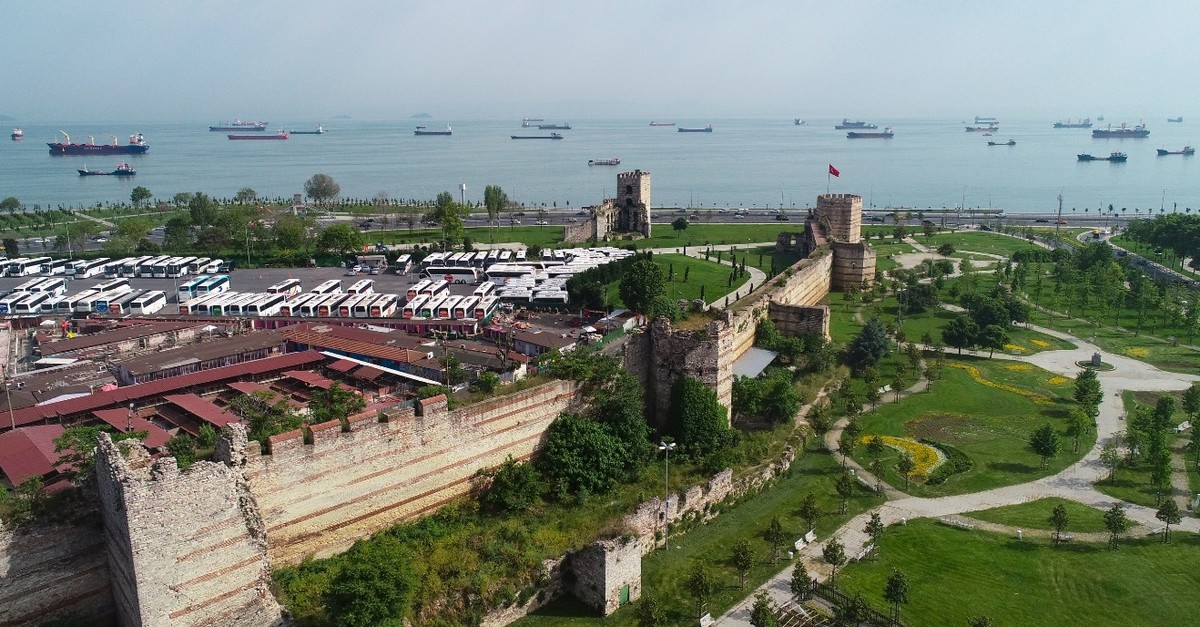 The city walls survived disasters and raids over centuries and they still stand strong.
by Daily Sabah May 30, 2019 12:05 am

Turkey's biggest city Istanbul marked the 566th anniversary of its conquest by the Ottomans Wednesday. A grand event against the backdrop of mockup city walls celebrated Turkish rule of the city where landmarks dating back to Byzantine times and the Ottoman era still stand the test of time. It is, however, the ancient city walls, which appear to endure most among the historic structures scattered across the city.

The 1,600-year-old walls secured a lengthy Byzantine rule in the city before Ottomans under the command of Sultan Mehmed II made their way into the citadel by destroying parts of the walls. They reinforced them and built additional walls over time, helping the city walls to remain till present day mostly intact. The 20.5-kilometer walls encircling old downtown Istanbul remain a main tourist attraction today.

Their construction started in the 5th century and for a long time, the city walls were what made the city impossible to conquer by foreign forces, from Arab armies to the Ottomans. They surrounded the shores of the Bosporus as well as on higher ground where living quarters of the city's rulers were located. Nearly 200 watchtowers, each at a height of 25 meters, gave additional security to the city, which faced constant raids in its history.

The city's oldest walls are around a hill where Topkapı, an Ottoman-era palace, is located. The hill was a citadel in pre-Ottoman times. A second set of city walls were built in the 2nd century B.C. after Roman Emperor Septimius Severus razed the city to the ground. Every new section of city walls added after that marked a turning point in the city's development and expansion. This sprawling city located both on Asia and Europe with a waterway dividing it, is now home to more than 18 million people.