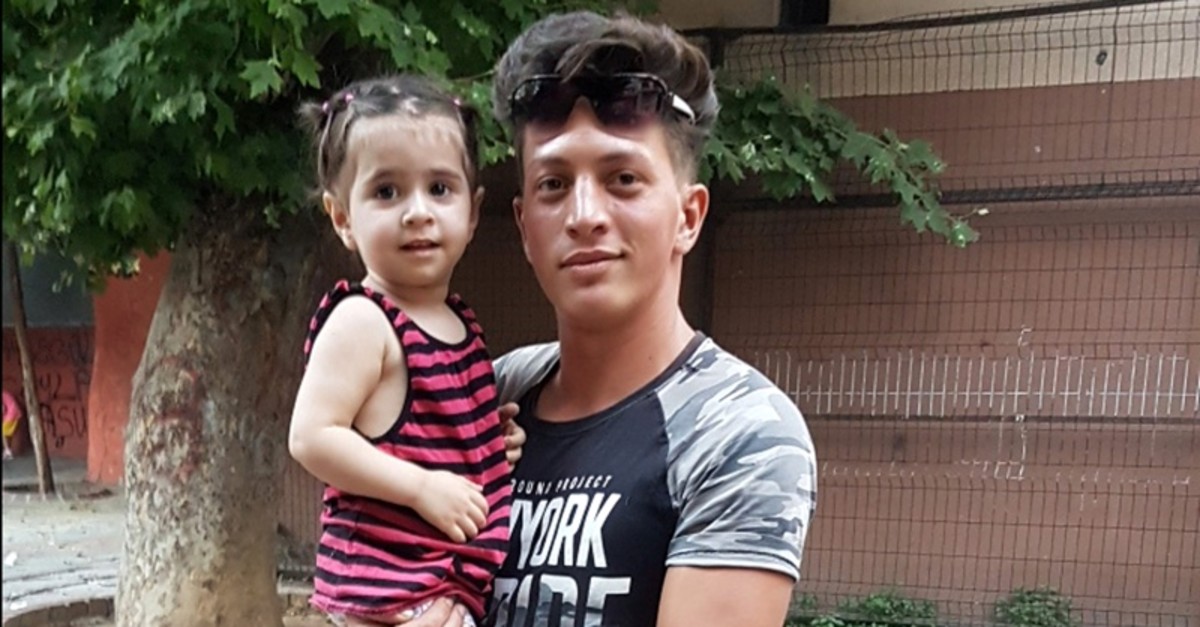 A 17-year-old Algerian young man became the hero of the day in Turkey after catching a two-year-old Syrian toddler falling from the second floor of an apartment building.

The incident took place last Thursday in Istanbul's Fatih district, which is home to a sizeable expat Arab community. Doha Muhammed, the daughter of Syrian couple Leyla Abdullah and Yusuf Muhammed, approached the open window of their second story flat while her mother Leyla was cooking in the kitchen. Feuzi Zabaat, an Algerian national working in a shop on the same street, saw that the toddler was about to fall and stood underneath the window.

Zabaat managed to hold the toddler just before she was about to hit the ground, saving her from an imminent serious injury that could have left her permanently disabled, or dead.

The incident was captured by a security camera of a shop in an adjacent building.

Although baby Doha escaped the fall unharmed, she was quite frightened and shaken. Her savior Zabaat and other locals were seen trying to calm her before handing her to Leyla.

Father Yusuf also arrived at the scene after hearing the news, giving Zabaat a modest reward of 200 Turkish liras, and making a religious sacrifice the next day to celebrate the rescue of his daughter.

Zabaat told Demirören News Agency (DHA) that he did what needed to be done to thank God.