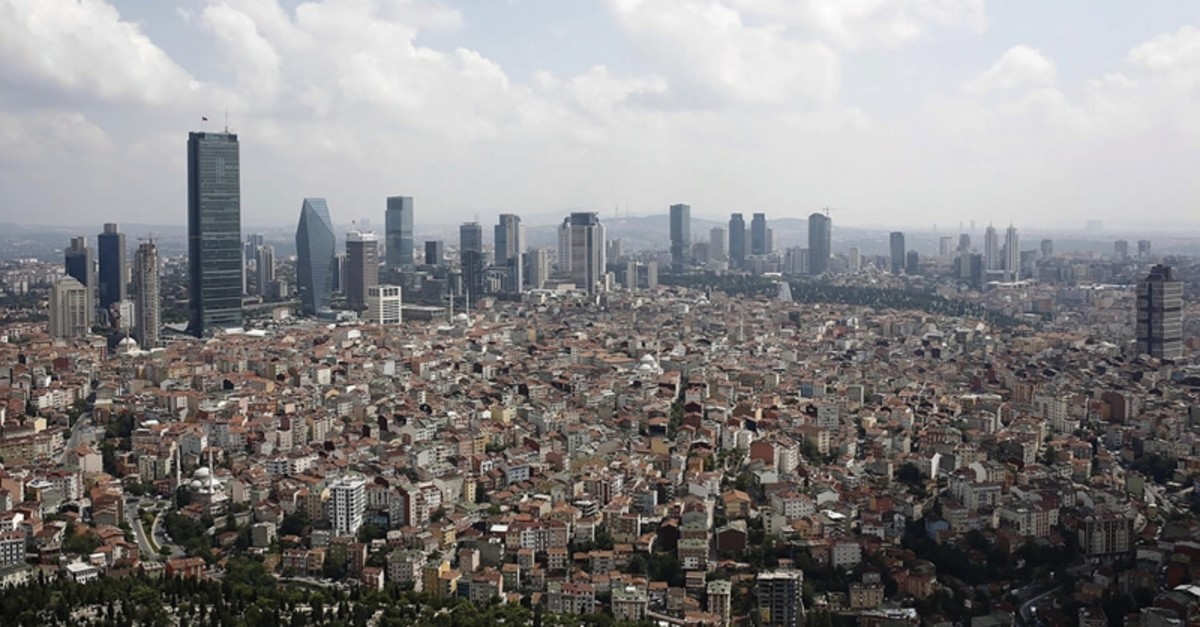 A 2.5-year-long undersea study by German researchers has found that the tectonic strain buildup on the notorious North Anatolian Fault (NAF) could cause an earthquake ranging between magnitude 7.1 and 7.4 just south of Istanbul.

Turkey is among the world's most seismically active countries as it is situated on a number of active fault lines, and dozens of minor earthquakes and aftershocks occur daily. The most potentially devastating fault line is the NAF, where the Anatolian and Eurasian plates meet. A strike-slip fault that formed as the Anatolian plate was being pushed northwestwards by the Arabian plate, the NAF has produced devastating earthquakes throughout history.

The last time the section of the fault south of Istanbul produced a major earthquake was in May 22, 1766, causing great damage to the city and killing thousands. To the west, the Ganos fault located some 20 kilometers south of Tekirdağ province on the seabed produced a magnitude 7.4 earthquake in 1912. To the east, the last major earthquake produced by the fault was of more recent memory. More than 17,000 people were killed and over 43,000 were injured when a magnitude 7.4 quake rocked the Marmara region for 37 seconds in the early hours of Aug. 17, 1999 with its epicenter located in Gölcük province, some 75 kilometers southeast of the Bosporus. Three months later, on Nov. 12, 1999, 845 people were killed and nearly 5,000 were injured when a magnitude 7 earthquake hit Düzce province, about 120 kilometers northeast of Gölcük.

Following the course of the Anatolian plate, major earthquakes on the NAF usually follow a line from east to west, although exemptions like Düzce earthquake often occur. However, since 1999, Turkish and foreign seismologists have been constantly warning Istanbulites and the rest of the country about a "big-one" likely to hit the 15-million metropolis, urging citizens, the local administration and the government to take precautions immediately.

The fault lying on the seabed under the Marmara Sea — one of the least studied sections of the NAF since land survey is not possible and GPS signals do not properly work — was the concern of experts from the Helmholtz Centre for Ocean Research Kiel (GEOMAR), who were joined by their colleagues from France and Turkey, to conduct studies using the new GeoSEA system developed at the center. Ten measuring instruments were placed on both north and south of the fault at a depth of 800 meters and more than 650,000 distance measurements were carried out during the study, which showed that tectonic strain has built up on the NAF.

"It would be sufficient to trigger another earthquake with magnitudes between 7.1 and 7.4," geophysicist Dr. Dietrich Lange said in remarks carried by the GEOMAR's website.

"Strong earthquakes occur when the fault zone becomes locked. Then tectonic strain accumulates, and the seismic energy is released in an earthquake", he added.

The GeoSEA system used by the researchers allows them to measure crustal deformation and the movement of tectonic plates with millimeter precision.

"In order to get measurements accurate within a few millimeters over several hundred meters, very precise knowledge of the speed of sound underwater is required. Therefore, pressure and temperature fluctuations of the water must also be measured very precisely over the entire period," explained Professor Heidrun Kopp, GeoSEA project manager and co-author of the current study.

"Our measurements show that the fault zone in the Marmara Sea is locked and therefore tectonic strain is building up. This is the first direct proof of the strain build-up on the seabed south of Istanbul," Lange said.

"If the accumulated strain is released during an earthquake, the fault zone would move by more than four meters. This corresponds to an earthquake with a magnitude between 7.1 and 7.4," Kopp added.

The researchers, however, refrained from giving an exact or possible date for when such an earthquake would hit.

The results of the study were published Monday in the journal Nature Communications.
Last Update: Jul 09, 2019 10:16 pm
RELATED TOPICS