3 quakes of 7+ magnitude could hit near Istanbul, study by 3 universities in Turkey says 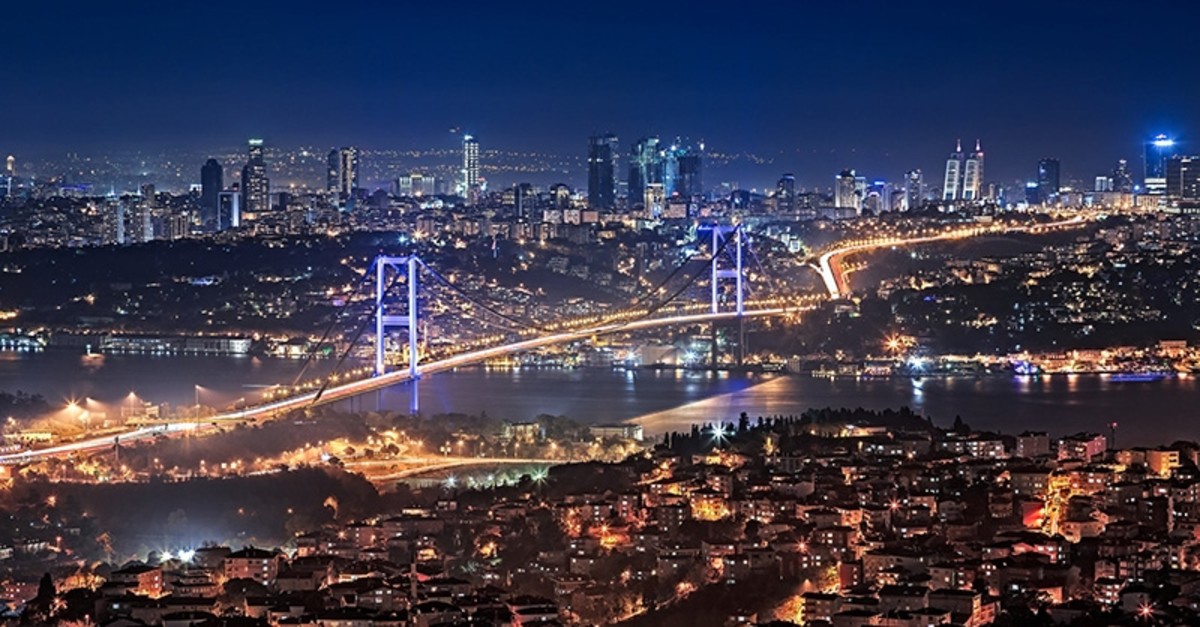 An examination of previous major quakes that took place in and around Istanbul has found that the tectonic strain buildup on the notorious North Anatolian Fault (NAF) could cause three major earthquakes ranging between magnitude 7.2 and 7.5 on the east and west of the fault line.

As part of the study, Turkish scholars from Istanbul Technical University, Ankara University and Boğaziçi University's Kandilli Observatory and Earthquake Research Institute examined major earthquakes that shook Istanbul and nearby areas in the last 1,500 years. Their analysis found that the Marmara region is very likely to suffer from at least two to four more earthquakes in order to complete its seventh interval.

According to the results of the study, which will be published in the journal "Tectonophysics" in August, three major quakes are expected on the fault line just south of Istanbul, with magnitudes of 7.5, 7.4 and 7.2 from the east to the west, respectively.

Turkey is among the world's most seismically active countries as it is situated on a number of active fault lines, and dozens of minor earthquakes and aftershocks occur daily. The most potentially devastating fault line is the NAF, where the Anatolian and Eurasian plates meet. A strike-slip fault that formed as the Anatolian plate was being pushed northwestwards by the Arabian plate, the NAF has produced devastating earthquakes throughout history.

Associate professor Fatih Bulut from the Kandilli Observatory and Earthquake Research Institute's Geodesy Department said they had gathered data on how much energy accumulated per year after a fracture occurred on the fault line. He said such calculations were crucial to determine the possible magnitudes of future quakes.

"In order to find those parameters, we looked at historical earthquakes and the structure of the faults in the Marmara Sea, and tracked how much the Earth's crust had moved laterally through GPS, because the NAF is a lateral system," Bulut said, adding: "The earthquake magnitude a fault segment will create is a function of the length and depth of that segment and the amount of movement it accumulates. According to geodetic data, if a fault segment that broke 250 years ago accumulates approximately 1 centimeter of movement per year, then if the plate starts moving now, it will move an average of 2.5 centimeters during an earthquake."

Underscoring that the last 500 years were particularly important as they covered the entire period in which all the faults in the Sea of Marmara were broken for the last time, Bulut noted that the plate segment in the Çınarcık Basin in the eastern part of the Marmara Sea last shifted in 1509, while those in the central and western parts of the Kumburgaz and Tekirdağ basins last moved in 1766.

Bulut said they managed to calculate the annual motion accumulation from the data they obtained from almost 100 GPS stations in the Marmara Sea, and they observed an average of 2.5-3 centimeters of movement in plates annually.

"There are many faults of various sizes in Anatolia, but they accumulate movement more slowly than the NAF, and we cannot predict where and to what extent they will produce earthquakes, as the earthquake build-up process takes a lot longer, just as our records show," he said.

"For example, a fault seems to be still and silent for 2,000 years, but because it accumulates a slight movement of 1-2 millimeters each year, it can create a major earthquake unexpectedly one day," he said.

"An earthquake is expected in the Marmara region but it might also happen in Van province in eastern Turley or Kayseri province in central Turkey as the process in those regions is growing so slowly that it makes it hard to track," he added.

The last time the section of the fault south of Istanbul produced a major earthquake was on May 22, 1766, causing great damage to the city and killing thousands. To the west, the Ganos fault located some 20 kilometers south of Tekirdağ province on the seabed produced a magnitude 7.4 earthquake in 1912. To the east, the last major earthquake produced by the fault was in more recent memory. More than 17,000 people were killed and over 43,000 were injured when a magnitude 7.4 quake rocked the Marmara region for 37 seconds in the early hours of Aug. 17, 1999, with its epicenter located in Gölcük province, some 75 kilometers southeast of the Bosporus. Three months later, on Nov. 12, 1999, 845 people were killed and nearly 5,000 were injured when a magnitude 7.0 earthquake hit Düzce province, about 120 kilometers northeast of Gölcük.