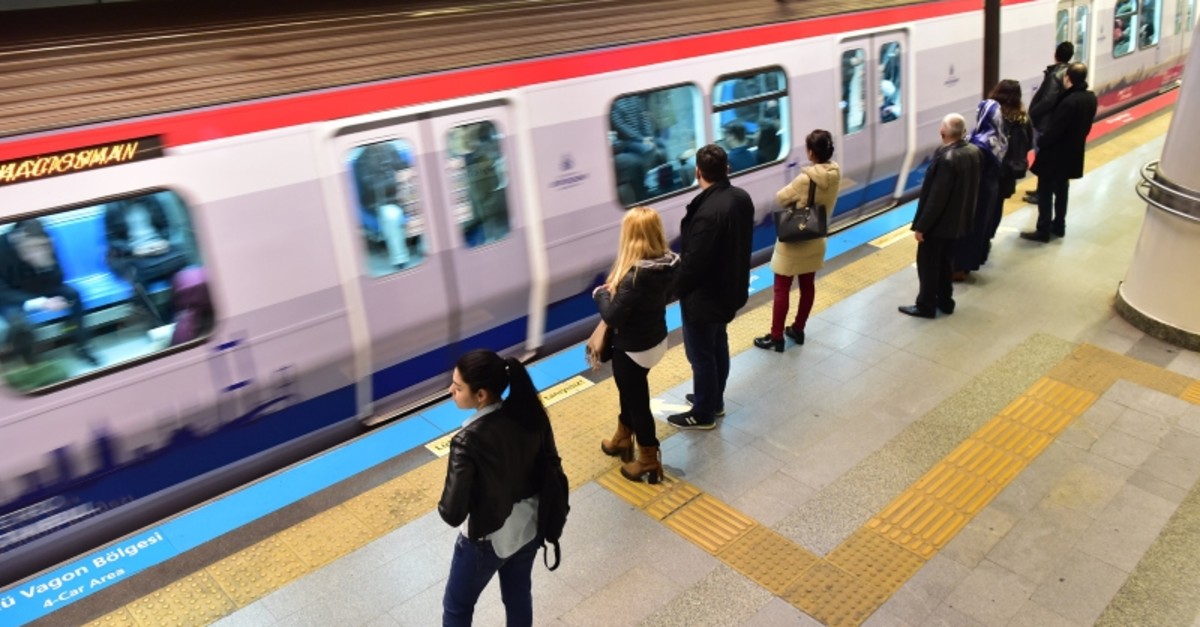 Metro Istanbul, which operates under the Istanbul Metropolitan Municipality (IBB), on Wednesday rejected the claims of a Turkish professor who advised passengers with dust allergies to wear masks while riding the subway due to polluted air in the stations.

Metro Istanbul Operations Manager Yıldıray Yedikardeş told Turkish daily Milliyet that, as the company that operates subways in the city, they "can easily say that the air quality, which is in accordance with international standards, is at a level at which Istanbul residents can use (the subway) in peace and confidence."

Mikdat Kadıoğlu – a professor at Istanbul Technical University's Faculty of Aeronautics and Astronautics in the Meteorological Engineering Department – said on Tuesday that he tested the air quality at subway stations and found that the pollutant levels were three times over the limit recommended by the World Health Organization (WHO).

Yedikardeş, however, said that in addition to the air quality measurements made by the IBB throughout Istanbul, Metro Istanbul has sensors installed at specific locations on every platform that continuously monitor air quality factors such as iron dust and particulate matter both during operating and non-operating hours.

These sensors measure the quality of the air taken from outside and detect polluted air in the stations. The polluted air is then discharged by large fans with a flow rate of 80 cubic meters per second.

The data collected by the sensors is recorded, checked and reported, and measures are taken accordingly, Yedikardeş said.

Yedikardeş said Kadıoğlu's claims depend on an instant single point measurement with a measuring device, stressing that the air quality values are measured differently "as the devices that perform instant measurements are subject to a certain period of time."

"To talk about the reliability and scientific value of data, it is necessary to know what method and which device were used, along with the calibration of the device, measurement points and measurement time," he added.