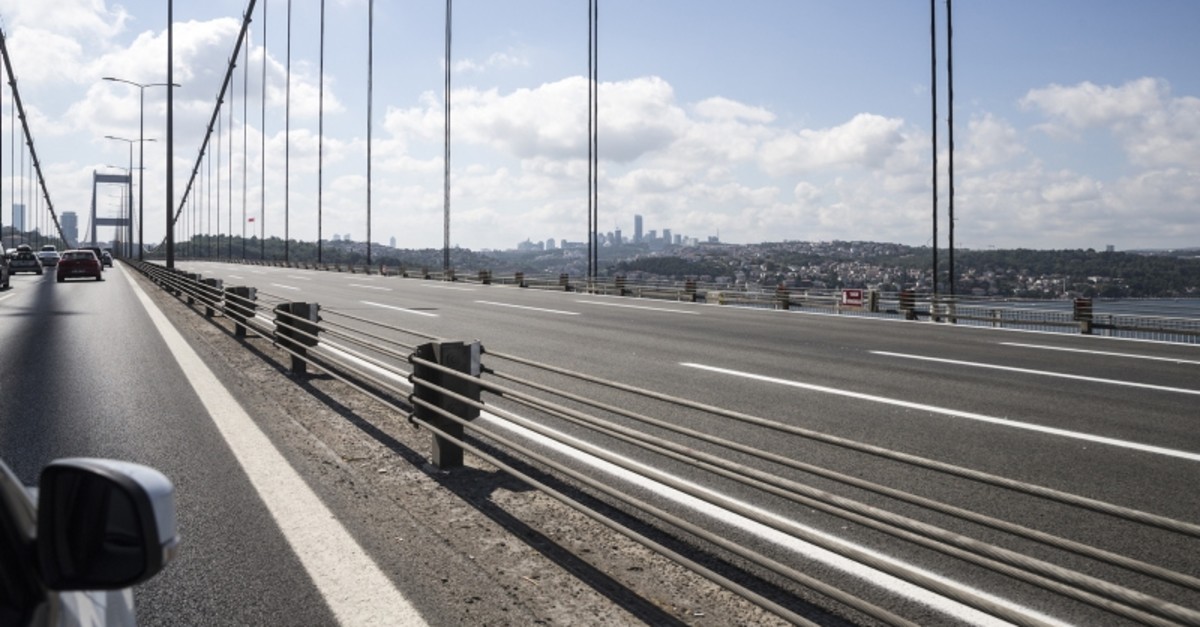 All eight lanes of the Fatih Sultan Mehmet Bridge which crosses the Bosporus in Istanbul opened Sunday after a month-long maintenance work, easing traffic across Turkey's biggest metropolis.

The maintenance work, which began on June 27, has been completed and all lanes opened to traffic as of 6 p.m. local time, announced in a statement by the Ministry of Transport and Infrastructure.

This afternoon, the finishing touches including road lines were completed on the resurfacing job on the northern four lanes of the bridge.

Crews worked in 24 hours a day in three shifts to completely strip and replace the asphalt on all eight lanes of the FSM bridge, completing the job in two phases that left only four lanes open to traffic.

The project also included improving water drainage, sandblasting the steel deck surface and insulating the bridge deck and repairing existing expansion joints on both ends of the deck before asphalt was laid.

The work was expected to take 50 days, set to finish on Aug. 17, but was completed in just 32. The news comes as a relief to Istanbul residents, who have endured heavy traffic on Istanbul's major roads due to the slowed passage across a major artery of the city.

Despite estimates that construction would take around 1,100 business days to finish, it was completed on July 3, 1988, some 192 days earlier than estimated.

The bridge, which stands about 5 kilometers (3 miles) north of the July 15 Martyrs Bridge, connects the Hisarüstü district on the European side with the Kavacık district on the Asian side.

The bridge's main span, or distance between the towers placed on the sides of the hills on both banks, is 1,090 meters long.