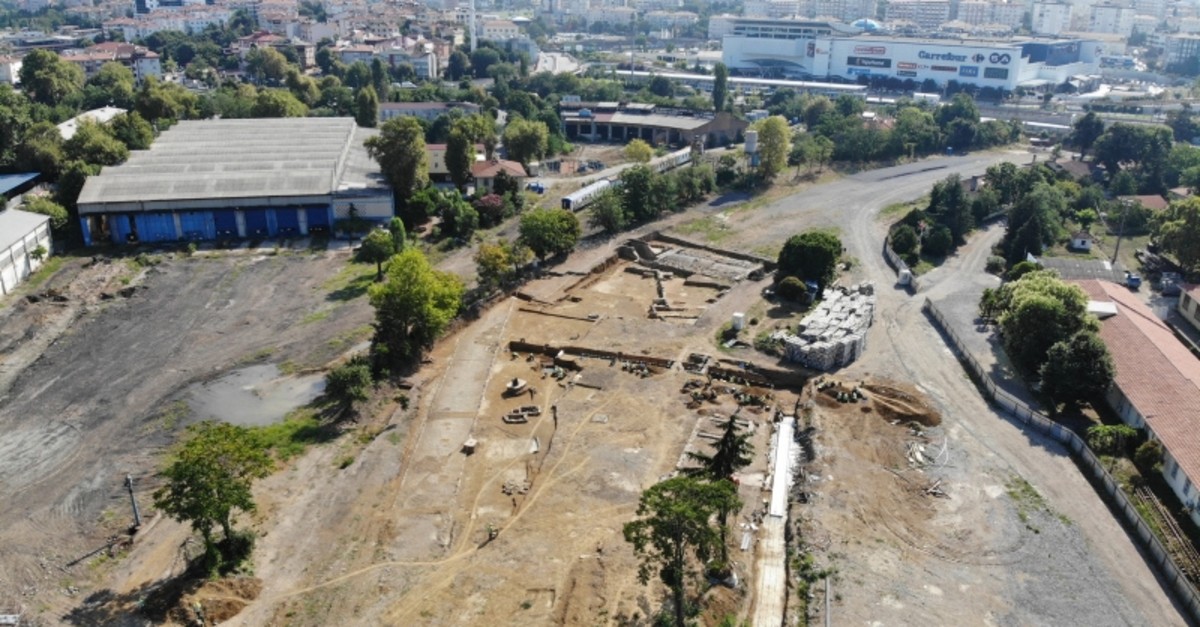 Archaeologists have discovered the remains of a 1,500-year-old church during excavations as part of the Marmaray project near Istanbul's landmark Haydarpaşa Railway Station.

The ancient church is thought to be from the 5th century A.D., reports said, adding that archaeologists continue to carefully carry out excavations to unearth the mysteries of the area.

Archaeologists have unearthed hundreds of ancient artifacts in Haydarpaşa, located in Kadıköy district.

Haydarpaşa, which had long served as the terminus for trains coming to Istanbul from Anatolia, was closed in 2013 as part of the Marmaray project, which will renovate the old suburban rail system and stations and add an additional track for high speed trains to reach the iconic station, along with a rail tunnel crossing the Bosporus that was opened for service in 2013.