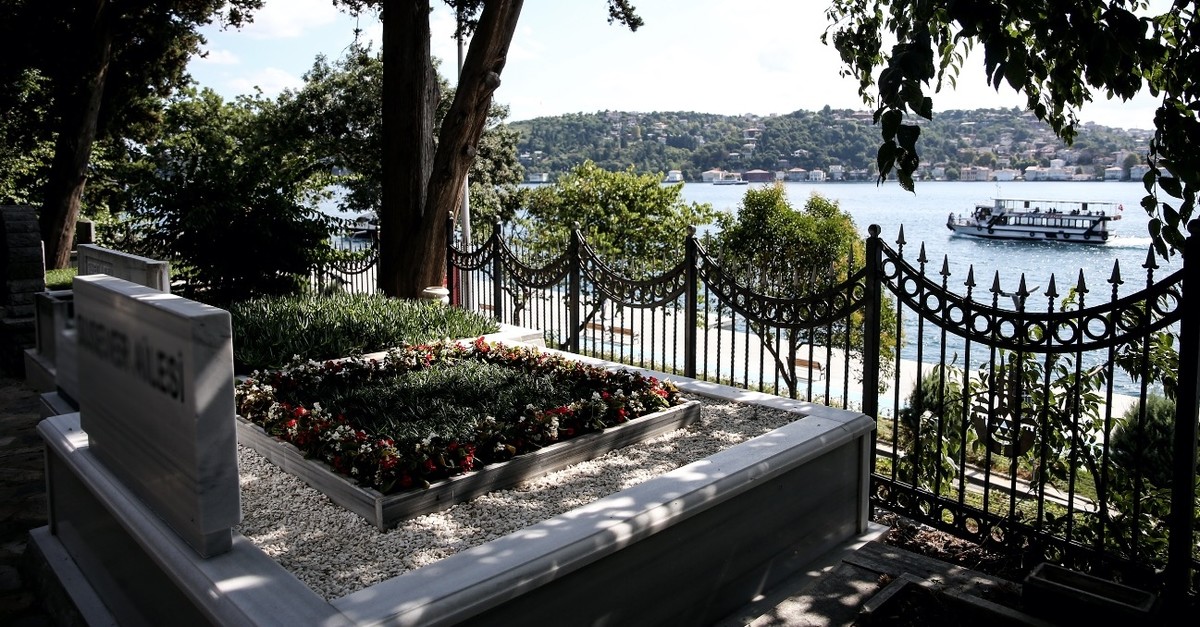 As the stock of empty, affordable burial plots in historic cemeteries are running out in Istanbul, residents of Turkey's most populated city face the challenge of burying their loved ones far from home

"He'd lie in it if he found a free grave" is a popular Turkish saying for those who love scrounging. It soon may apply to anyone in central Istanbul and with one foot in the grave as prices for burial plots climb. More alarmingly, historical cemeteries located in central locations in the city of more than 15 million people are running out of empty burial plots.

In Zincirlikuyu, Ulus, Aşiyan and Abide-i Hürriyet cemeteries, prices for empty plots went up to TL 30,000, a fee equivalent to the price of a decent used car in Turkey.

The city, most diverse in the country in terms of population, hosts 502 Muslim and 67 non-Muslim (Armenian, Greek, etc.) cemeteries run by the Greater Municipality of Istanbul, which is tasked with setting up prices and allocation of burial plots.

Some cemeteries, including Aşiyan, Zincirlikuyu, Edirnekapı and Karacaahmet, have almost reached a point where they have no new burial plots. The municipality has already stopped issuing plots in these cemeteries and allows plots only for the recently deceased members of the families of the deceased already buried there.

The municipality occasionally re-regulates the prices for burial plots and prices change based on a cemetery's location, physical features and current economic indicators. Cemeteries are divided into four categories and although there is no title for each category, their location gives away how they are classified. Zincirlikuyu, Ulus and Aşiyan cemeteries are located in affluent neighborhoods and in the case of Zincirlikuyu, this popular burial site lies next to the city's busiest financial hub, under the shadow of skyscrapers. A view of the Bosporus in the upmarket neighborhood of Bebek will certainly not benefit your loved ones buried there, but Aşiyan provides it with a price tag of TL 30,000, along with an opportunity to be buried next to renowned Turkish intellectuals, writers and artists like Tevfik Fikret and Yahya Kemal Beyatlı. This fee for a burial plot purchased before death goes down to TL 6,000 if an empty plot is available and the deceased's next of kin cannot find a plot. The price tag is also halved if the deceased is buried next to a stranger instead of other family members. Karacaahmet, the oldest cemetery in the city and the largest, also suffers from lack of spaces for newly deceased. It requires TL 30,000 for a proper burial in the 750-acre, 700-year-old cemetery in city's Üsküdar district.

Cemeteries in Ortaköy, Feriköy, Hasköy, Sütlüce, Hasdal, Kuruçeşme, Emirgan, İstinye, Sarıyer, Kireçburnu and Maçka are relatively cheaper, with price tags of TL 12,000 for those seeking to acquire a burial plot while they are still alive. But the price, again, goes down to 1,100 if a plot is available for the deceased. Ayazağa and Kilyos cemeteries offer cheaper plots, for TL 4,500, while plots in Göktürk and Bahçeköy cemeteries stand at TL 2,000. Prices gradually lower the farther the cemetery is from central, affluent neighborhoods.

The municipality started building new cemeteries in recent years as the population swelled and since 2015, the area of cemeteries increased by 349,155 square meters. The expansion is higher in developing districts like Arnavutköy, Esenyurt and Sultangazi, as well as old districts with little space for expansion.