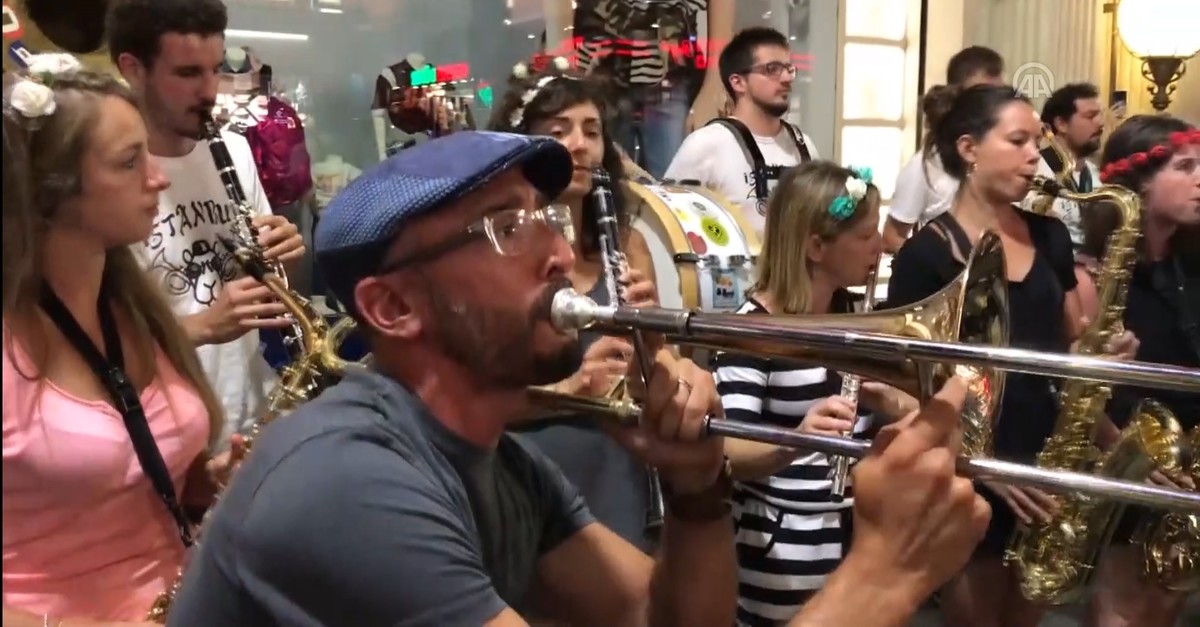 A French street band received great praise from Istanbulites after they stopped mid-performance upon hearing the Muslim call to prayer (adhan) from a nearby mosque.

Visiting Istanbul to go on stage at a venue in Kadıköy, the French "Poil O'Brass Band" gave a street performance in the famed Taksim Square Thursday.

Quickly gathering themselves an audience, the band won the hearts of the crowd after they temporarily stopped playing as the call to prayer began echoing from nearby mosques.

Playing music while a call to prayer is being recited is considered inappropriate in Muslim cultures.

Speaking to reporters after the video of the thoughtful gesture went viral, band member Morgane Wallace said they were accustomed to Turkish customs and that they stopped playing out of respect.

"We have performed in Istanbul many times. Turkish people are very kind to us and are interested in our music. We try to be sensitive to the city's cultural and religious customs," Wallace said.