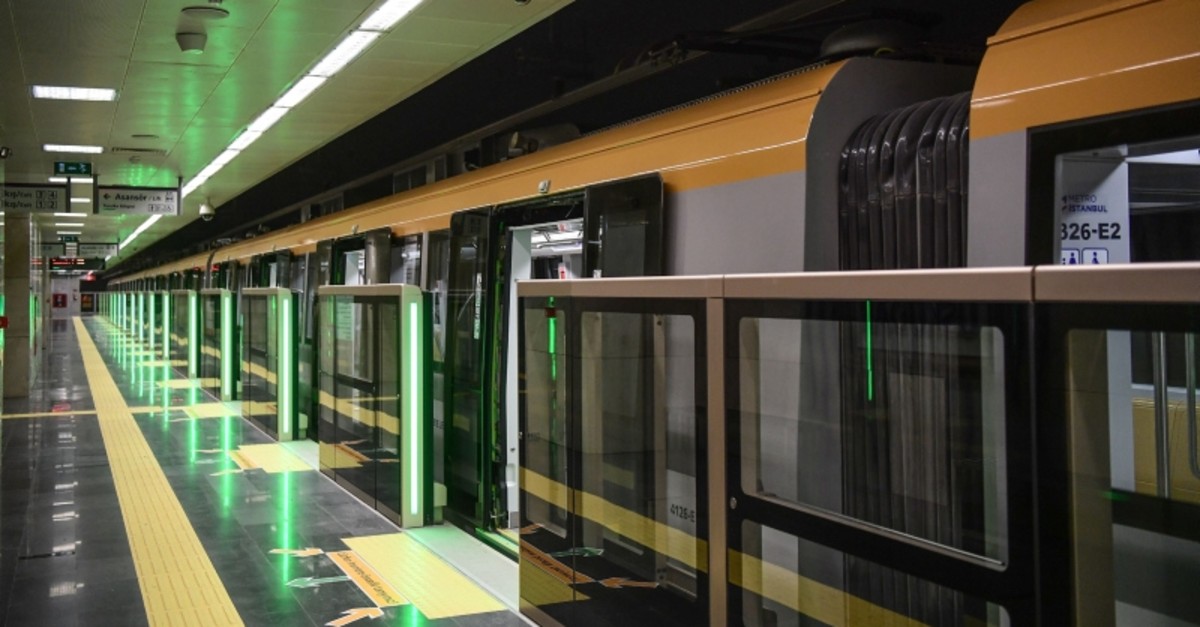 An automated metro train is parked at the Uskudar metro station, ahead of the inauguration ceremony of Turkey's first automated urban metro line on the Asian side of Istanbul, on December 15, 2017 in Istanbul. (AFP Photo)
by Daily Sabah Aug 29, 2019 4:36 pm

From August 30 onwards certain metro lines and bus routes in Istanbul will be operational for 24 hours on Fridays and Saturdays, Ekrem Imamoğlu, mayor of the Istanbul Metropolitan Municipality (IBB), announced Thursday.

However, Imamoğlu said that commuters will be charged a separate night fare — double the price of a single token/ticket — from 12:30 a.m. to 5:30 a.m. under the new scheme. All municipal transportation services will be free of charge throughout the day during national and religious holidays, including the Aug. 30 Victory Day.

The city's Bus Rapid Transit (BTS) system the Metrobus currently operates all night everyday on a 50-kilometer line from the Asian district of Kadıköy to the European district of Beylikdüzü. [SO1] In addition to the metro and metrobus, 23 bus lines will also offer "owl services" throughout the week.

The mayor said new lines could also be added if there is demand, adding that the travel scheme will continue on national and public holidays.

"We are always striving to do better... We are choosing times during which the most people commute," he said.

The change has so far generated positive responses from commuters and tourists alike.