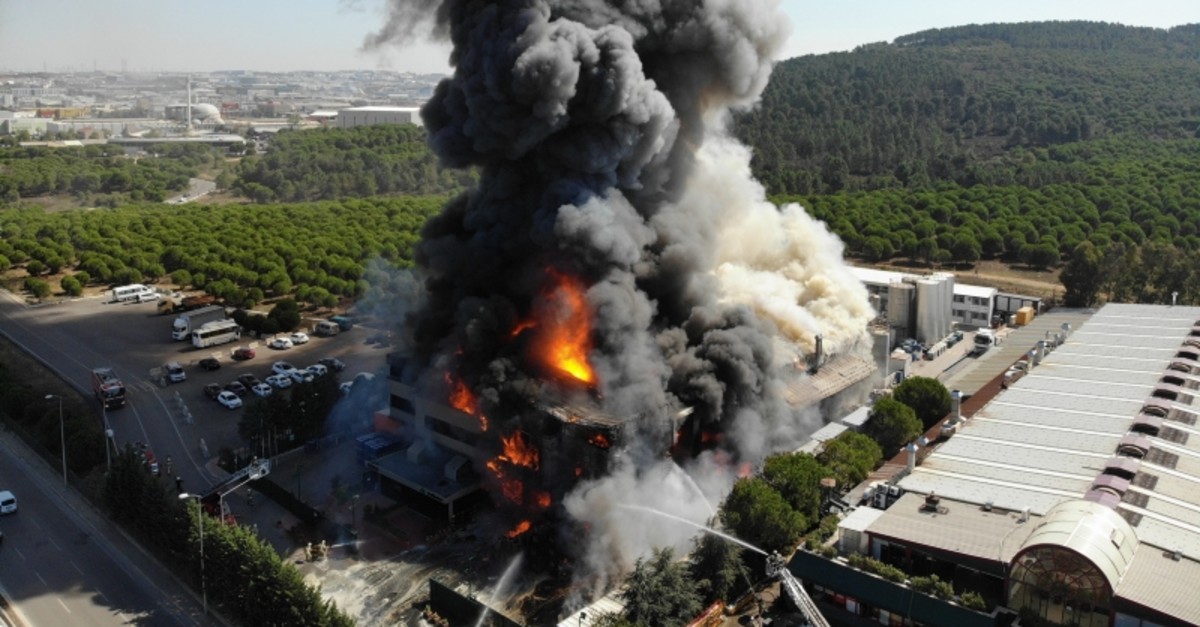 A chemicals factory in Istanbul's Tuzla district was engulfed in flames Wednesday, as firefighters struggled nearly two hours to contain the flames from spreading to adjacent facilities.

In the course of the fire, a tank exploded, spraying shrapnel in the surrounding area and into the forest. Two firefighters were injured by the explosion. One was taken to the hospital and the other received sufficient treatment at the scene.

No deaths occurred in the fire that broke out in the factory in the Orhanlı Leather Organized Industrial Zone, Istanbul Metropolitan Municipality Firefighting Division head Ali Karahan told reporters.

Karahan said the fire was taken under control after 48 fire engines and 138 personnel took part in efforts to extinguish it.

An investigation into the cause of the fire is ongoing.