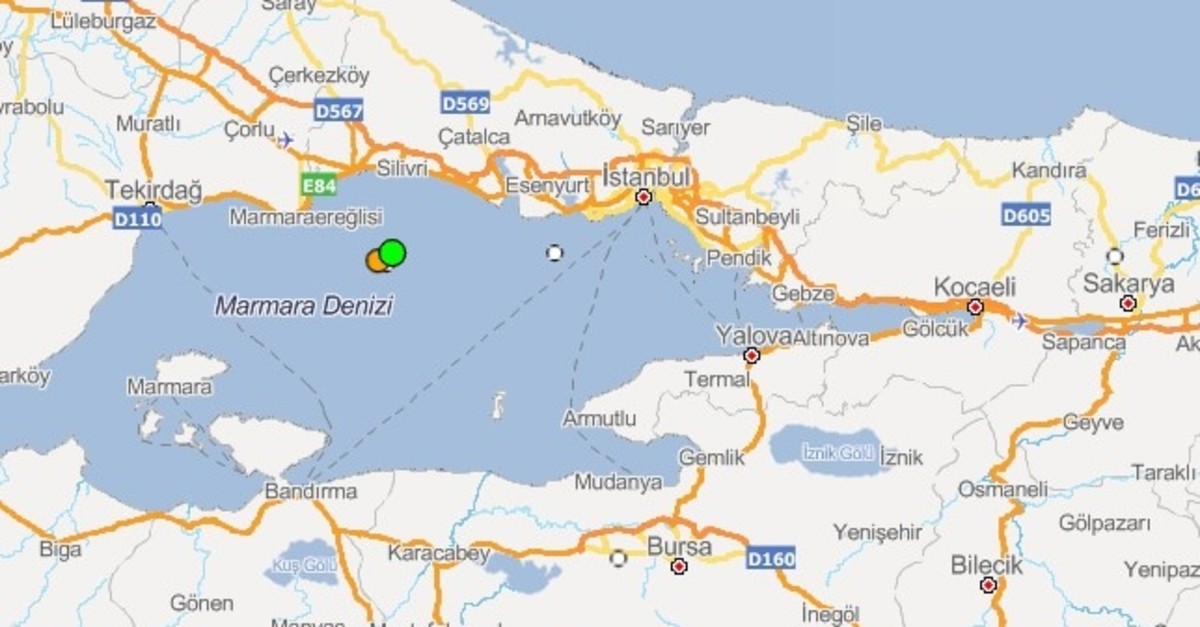 A 4.6 magnitude earthquake struck southwest of Istanbul in the Marmara Sea on Monday morning.

The temblor, which struck closest to Silivri district, was felt in some districts of Turkey's largest city and in neighboring provinces.

Some schools in Silivri evacuated their students.

There was no reported damage, Istanbul Governor's office said on its website.

Silivri Mayor Volkan Yılmaz said in televised remarks that there were no casualties.

"This is still a reminder Istanbul has to be well-prepared for a major quake," Yılmaz said.

Just minutes later, a 5.7 magnitude earthquake struck 90 miles south of the Greek island of Crete in the Mediterranean Sea.

The quake hit at a depth of 10 km, according to United States Geological Survey (USGS).

Turkey has suffered devastating earthquakes in the past, including one near Istanbul in 1999 that killed more than 17,000 people in the greater region.