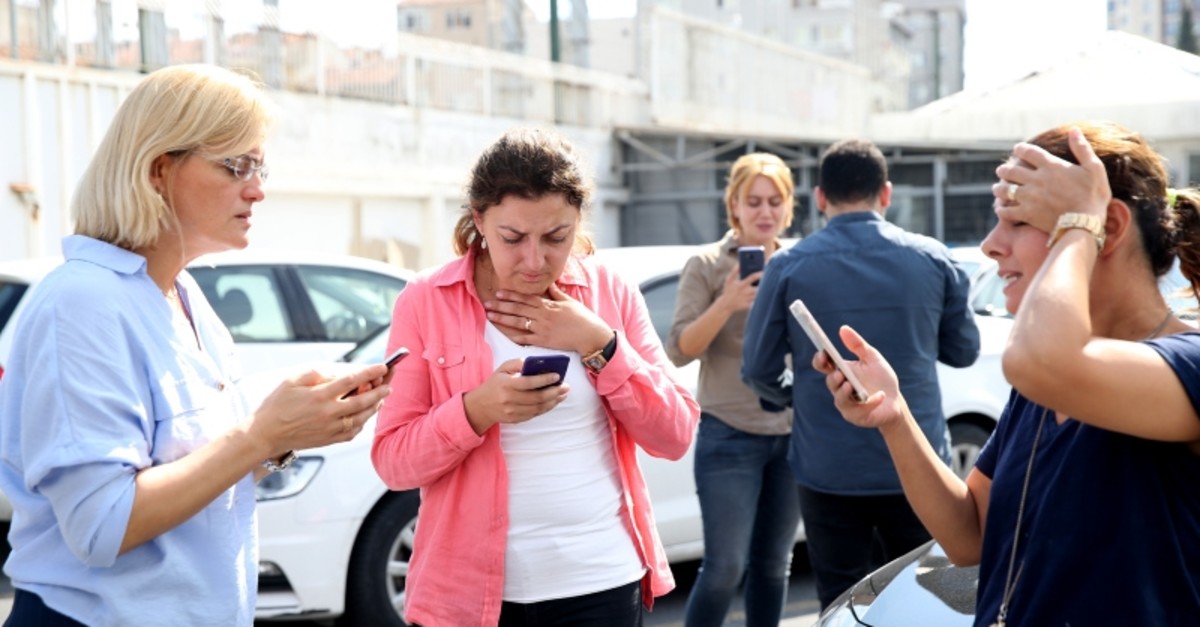 A powerful magnitude 5.8 earthquake shook Istanbul on Thursday, causing momentary panic across the city, but apart from eight injuries, no casualties were reported.

The Disaster and Emergency Management Presidency (AFAD) said the shallow quake struck the southwest of Istanbul in the Marmara Sea at 2:00 p.m. (GMT+3). The tremor hit at a depth of 7 kilometers (4.34 miles), according to AFAD, but the Kandilli Observatory and Earthquake Research Institute said the depth was 11.9 kilometers.

Schools and hospitals were ordered to evacuate. No casualties or major damage were immediately reported.

Governor Ali Yerlikaya later announced that all schools were out for the rest of the day. AFAD also strongly urged people not to go back into damaged buildings, while authorities warned there might be more aftershocks.

The minaret of a mosque in Avcılar, a district closer to Silivri, partially collapsed while a residential building tilted by the strong tremor was evacuated.

AFAD also announced that two buildings in the Sultangazi and Eyüpsultan districts were damaged. Search and rescue experts from four cities were also dispatched to the city as a precaution. The earthquake was felt as far as Bursa, a city south of Istanbul and littoral to the Marmara Sea.

A 4.1 aftershock also struck the city some 25 minutes later. Many other aftershocks of smaller magnitudes continued to shake the city.

President Recep Tayyip Erdoğan, who arrived in Istanbul Thursday from the U.S., told reporters at a press conference that 28 aftershocks occurred following the major tremor.

Erdoğan criticized some social media users for causing panic by spreading false news, such as urging commuters not to take the bridges on the Bosporus, claiming it was damaged.

The president also assured the public that all authorities were mobilized and pointed out that the city had tens of thousands of gathering points and safe zones for evacuees and urged locals to check them out.

Erdoğan said there might be more aftershocks, but urged the public to believe in false reports aggravating the panic. "We know there are eight injuries. All of them suffered slight injuries. We also know there is light damage to some buildings. This was a relatively strong earthquake, but there has been no tragic news so far," Erdoğan said, adding crews were examining buildings against any damage.

Earlier Thursday, a magnitude 2.9 quake struck off the coast of Silivri near Istanbul at 12:00 p.m. Three days ago Istanbul was awakened by a 4.6 magnitude temblor which struck the southwest of the city.

Turkey has suffered devastating earthquakes in the past, including one near Istanbul in 1999 that killed more than 17,000 people in the greater region. The country is among the world's most seismically active zones as it is situated on several active fault lines, with the most potentially devastating one being the Northern Anatolia Fault (NAF), the meeting point of the Anatolian and Eurasian tectonic plates.

Following earthquakes earlier this week, seismology experts had assured the public that they were common occurrences but warned that the danger of a "big one" still existed.