Topkapı's treasures including historic diamond back on display 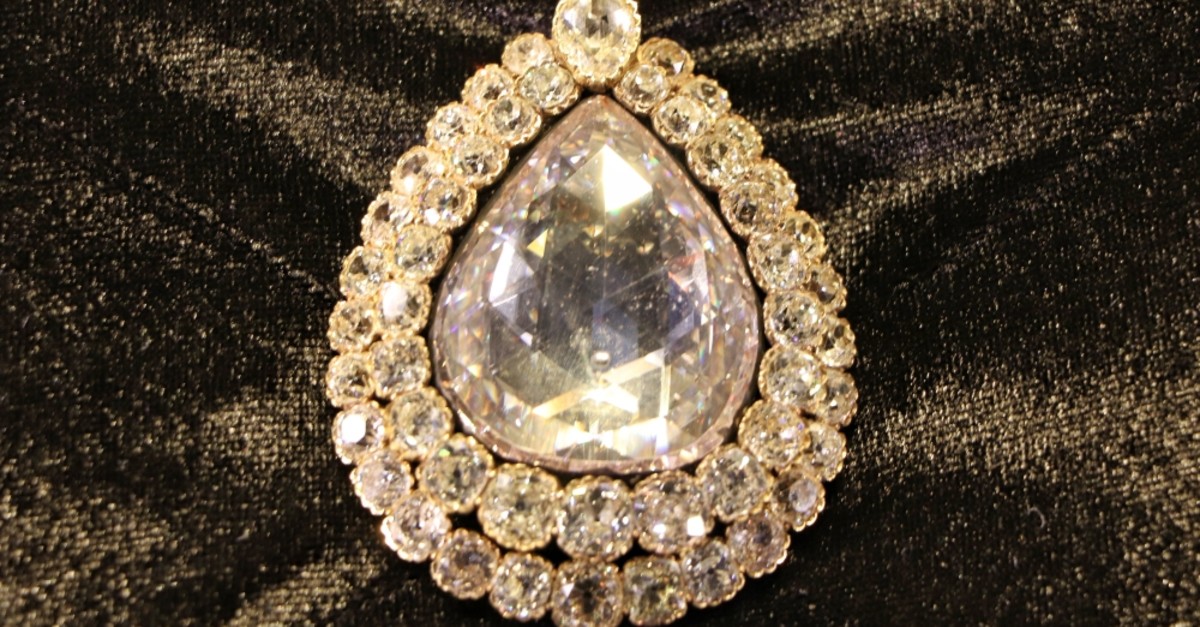 Istanbul's famed Topkapı Palace, the court of the Ottoman sultans, reopened an exhibition of palace treasures, including the notable Kaşıkçı (Spoonmaker's) Diamond. In the palace's treasure section, visitors can take a peek at the treasures brought from storage rooms of the palace where they have been preserved.

Since September, the Turkish Presidency's National Palaces Administration that took over the supervision of the palace and similar historic sites, have been gradually rolling out new exhibitions. The first was "Topkapı Dagger" which was put on display on Sept. 18. The dagger, crafted upon orders of Sultan Mahmud I as a gift to Iranian ruler Nader Shah. It was returned to the palace's treasures when Shah died, which is the "world's most valuable dagger" according to experts. Covered with jades and diamonds, the dagger is a masterpiece of Ottoman craftsmen, who also put a London-made watch among the jewels on dagger's sheath. Another piece on display is the throne of Sultan Mahmud II. The 19th-century throne, fashioned after European thrones of its time, bears the coat of arms of the Ottoman Empire and the personal signature of the sultan.

Nevertheless, the most valuable piece of treasure which attracts visitors is the Kaşıkçı Diamond. The pear-shaped diamond is a rare piece and experts long-believed it was the Pigot Diamond, which originated in India in the 18th century and disappeared in the 19th century. However, most experts dispute this account about the diamond that was purchased for the court sometime around 1680. A book by Sarı Mehmed Paşa, a top civil servant who lived in the reign of Sultan Mehmed IV says the diamond was discovered in the garbage in 1679 by an Istanbul resident. "He gave it to a junk collector and the collector sold it to a jeweler. The jeweler showed it to a fellow jeweler and they discovered this round stone was actually a diamond. Both jewelers engaged in a dispute over its ownership and when the chief jeweler of the palace heard it, he paid to both jewelers to purchase the diamond. When the sultan heard about the diamond, he ordered it to be placed in the palace treasury. When the diamond was processed, it was revealed that it was a unique piece of 84 carats," the paşa's account says.