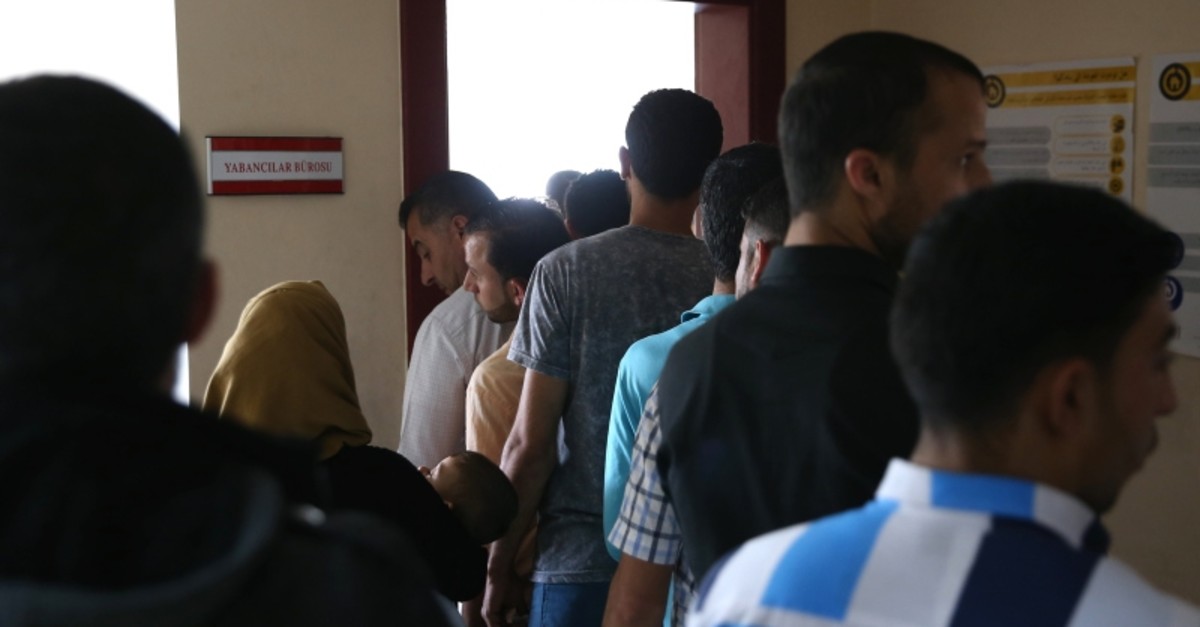 Syrian refugees who do not have residence permits and live in Istanbul without permission should start making appointments with the Directorate General of the Interior Ministry's Migration Management to be sent back to the provinces where they were originally registered, a press release by the directorate said Tuesday.

With the statement, the directorate issued a reminder to all foreigners who do not have previous records of being under temporary protection in Istanbul or those who are registered under temporary protection in another province but reside in Istanbul that they should return to their respective provinces as soon as possible. This had officially been announced by the Istanbul Governor's Office back on July 22.

As per the relevant provisions of the Temporary Protection Regulation, Syrians that don't have the right to stay in Istanbul (unregistered migrants and those registered in another province) will be issued travel permits and be sent to the provinces where they will live, the statement said.

The directorate said it expected all migrants in this situation to visit http://e-gksevk.goc.gov.tr to get a free appointment from the system starting from October 17, and be ready at the specified date and time at the designated service points of the Istanbul Provincial Directorate of Migration Management.

However, the statement, which was published in Turkish, Arabic and English, pointed out that foreigners who had work or residence permits in Istanbul would be exempt from this implementation. It added that all requests and complaints on the subject could be made to the "ALO 157 YIMER" line.

The governorate regularly reminds foreign nationals with legal rights to reside in Istanbul that they carry their passports and/or their temporary protection identity cards with them at all times to be presented to security forces during routine checks and prevent any misunderstandings.

Turkey is home to some 4.5 million Syrian migrants who fled the civil war which has been ongoing since 2011, when Bashar Assad's regime brutally repressed peaceful calls for democracy. Sharing a 911-kilometer-long border with its southern neighbor, Turkey has incessantly proposed establishing a safe zone in northern Syria to stop further refugee influxes into its own territory and into Europe, and to relocate Syrians living in migrant camps in Turkey while providing conditions allowing others to return