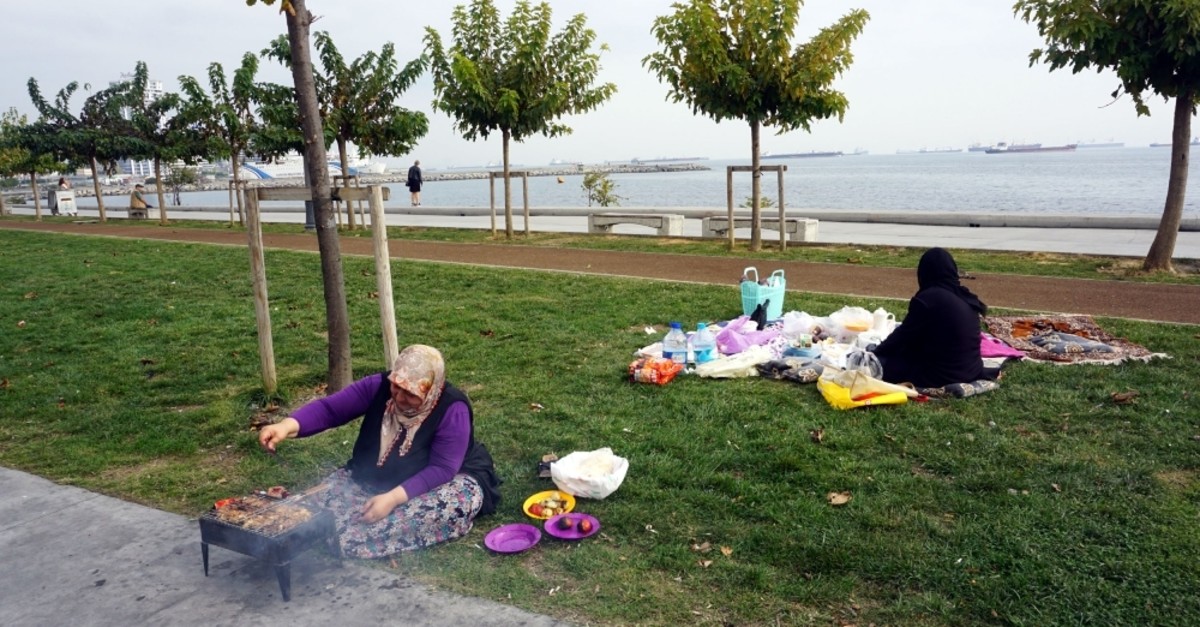 Istanbul Mayor Ekrem İmamoğlu has drawn the ire of barbecue enthusiasts when he signaled he would ban the favorite weekend pastime of middle-to-low income families on the city’s shores.

“We already did it in Beylikdüzü [a district in Istanbul where İmamoğlu once served as mayor] and saved the shore. We plan to do it Istanbul wide. Barbecuing on the shore is not right. Smoke from BBQs affect its perimeters as well,” İmamoğlu told reporters on Tuesday.

His remarks received mixed responses but social media users were generally angry over the plan.

“Why don’t you ban barbecue restaurants in upscale districts?” a social media user tweeted while another tweeted that barbecuing on the shore is “sacred” for the public and “a mayor touching it would lose his seat.”

Speaking to Demirören News Agency (DHA), Sümbül Mahmutoğlu who was barbecuing with her family on the Bakırköy shores on Wednesday, said she was against the ban but the municipality can designate areas exclusively for barbecuing.

“They shouldn’t ban it outright. There can be special places,” she said.

Mahmutoğlu said barbecuing in some forests were already banned and if people cannot barbecue on the shore, they would go to green spaces on the roadside, as some already do in a few districts of the city.

Bayram Alp, another Istanbul resident, however, agrees with the ban.

“We are here for fresh air and the shores are public places. I came to Bakırköy from Fatih for a walk in the clean air. We should not be disturbed by [smoke] from barbecues,” he said.

Şükriye Balkanlı, another local, said the smoke was disturbing for passersby and complained people often leave behind their trash after barbecuing.