A TL 550 million price tag for Turkey's most expensive mansion 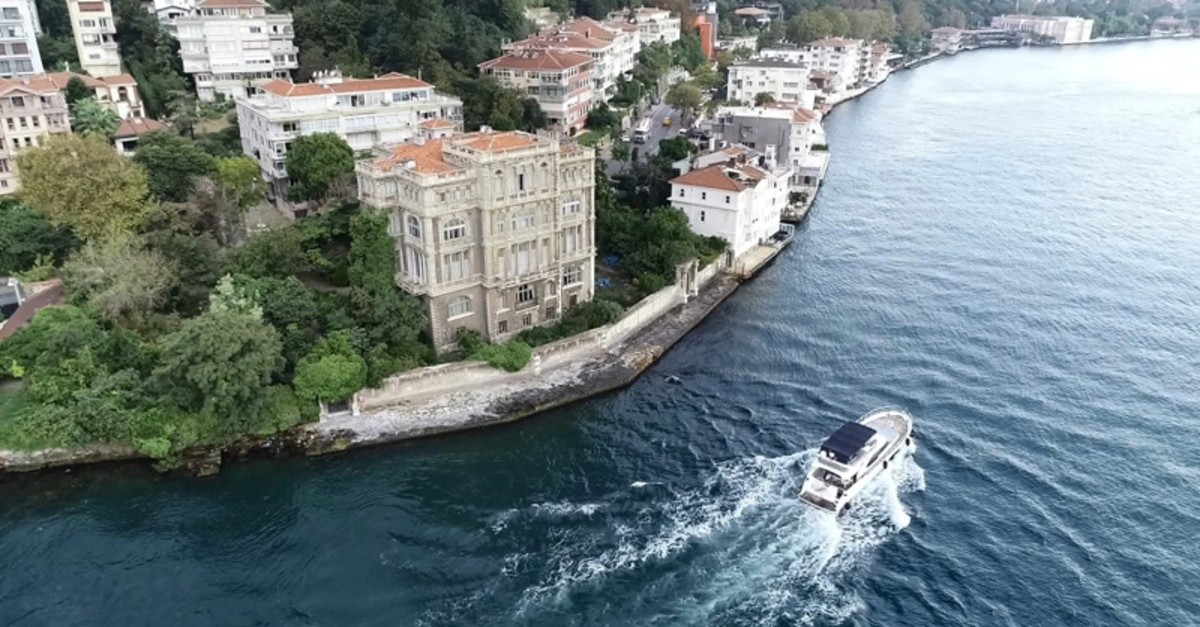 The mansion offers a scenic view of the Bosporus, whose shores host dozens of waterfront mansions. (DHA Photo)
by Daily Sabah with DHA Oct 27, 2019 5:49 pm
A 130-year-old waterfront mansion on Istanbul’s Bosporus might be the most expensive of its kind in the country. A real estate company is asking for TL 550 million for the scenic mansion, which once belonged to a powerful Ottoman pasha.
Marshal Zeki Pasha mansion, located just under the Fatih Sultan Mehmet Bridge in the Sarıyer district on the city’s European side, resembles a castle with a flat facade. Among the world’s 10 most expensive mansions, it boasts 23 rooms, five large dining halls and eight bathrooms.
The mansion has been put up for sale a few times in its history with an asking prince of TL 650 million in 1981. It was on sale again in 2011 for TL 200 million before the owner withdrew the sale. The current owners decided to put it on sale again two years ago.
Designed by Alexandre Vallaury, a French-Ottoman architect who is credited as founder of modern architecture education in Turkey and a signature name for many iconic buildings in his era, the five-floor mansion has both land and sea entrances. It has a 510 square meters residential space with a separate heating system for each of the floors. Overall, it has an enclosed space of 2,489 square meters. Every floor has six rooms, including five with a view of the Bosporus, a large main hall, a bathroom and a kitchen. The mansion’s backyard has a 4,032 square meters garden while it also hosts a 110-meter long pier.
Sinem Ayıkcan Yılmaz, a real estate agent contracted for the sale by the owners, said there has been “quite an interest” in it especially from investors from Gulf countries but they have failed to reach an agreement on the price yet. She says although customers from the Gulf are very interested in the Zeki Pasha mansion and others like it, there have been few sales. “Only two mansions were sold to customers from Gulf countries. It is usually Turkish citizens who make the majority of acquisitions,” she says. She notes the mansions are not isolated from their surroundings, something clients from the Gulf have traditionally sought.
Last Update: Dec 20, 2019 1:16 am
RELATED TOPICS