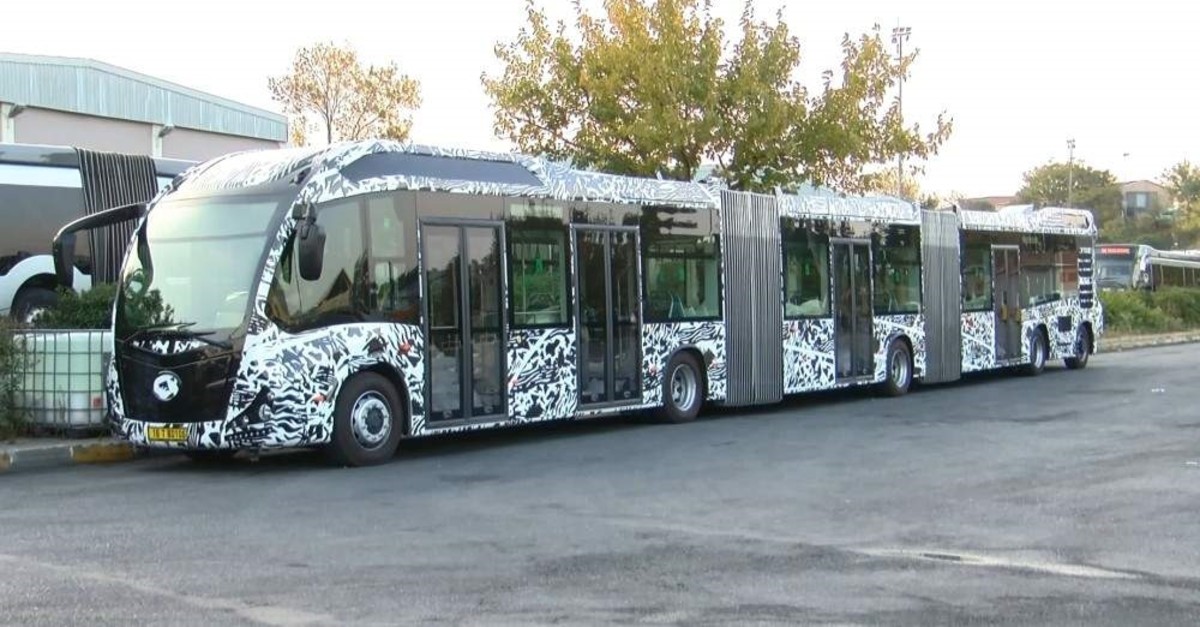 If they pass the ongoing test runs, the newer vehicles will have nearly double the capacity and replace the old fleet.

“The vehicles that are being tested right now have the capacity for 280 people, with 30 of them seated and 250 on foot. It will also have a separate cabin for the driver,” said Arif Duran, the head of the municipality’s directorate of metrobuses.

“We want to renew our fleet with next-generation vehicles. We are testing vehicles that are 20 meters long and have been conducting them for 10 days. Right now, we are doing load tests and will move on to test runs with commuters,” Duran said, adding that the municipality was willing to consider any vehicles from other manufacturers as long as they met the requirements.

He said the test vehicle was produced locally and would include additional features for commuter comfort as well as increased cost effectiveness.

Several media outlets reported that the new metrobus prototype was called “Akia” and that it was manufactured in Turkey’s Bursa province by an Iran-based company. The reports said electric motors were also being considered for the new metrobuses.

One of Istanbul's most popular means of transit, the metrobus sees almost an endless flow of commuters during rush hours, and even though authorities introduced more buses along the route and switched to a longer timetable with more frequent trips, the problems linger.

Overcrowding is particularly evident in the first stops of the rapid transit route that takes commuters from Beylikdüzü on the far western corner of city's European side to Söğütlüçeşme on the Asian side.

Passengers point out that the problem has worsened, particularly for Beylikdüzü, as thousands travel every day from the district and nearby districts to work in the city's financial centers like Mecidiyeköy and Levent.

Verbal arguments are common in metrobuses and sometimes they even end in brawls as passengers complain it is "torture" to find even a small space to stand in the buses.

Istanbul’s new mayor Ekrem İmamoğlu came under fire earlier in this month after the municipality decided to relocate machines collecting metrobus fares to an overpass, forcing pedestrians who won’t use the metrobus to pay to cross the overpass.