Istanbul under threat of drought as dams dry up 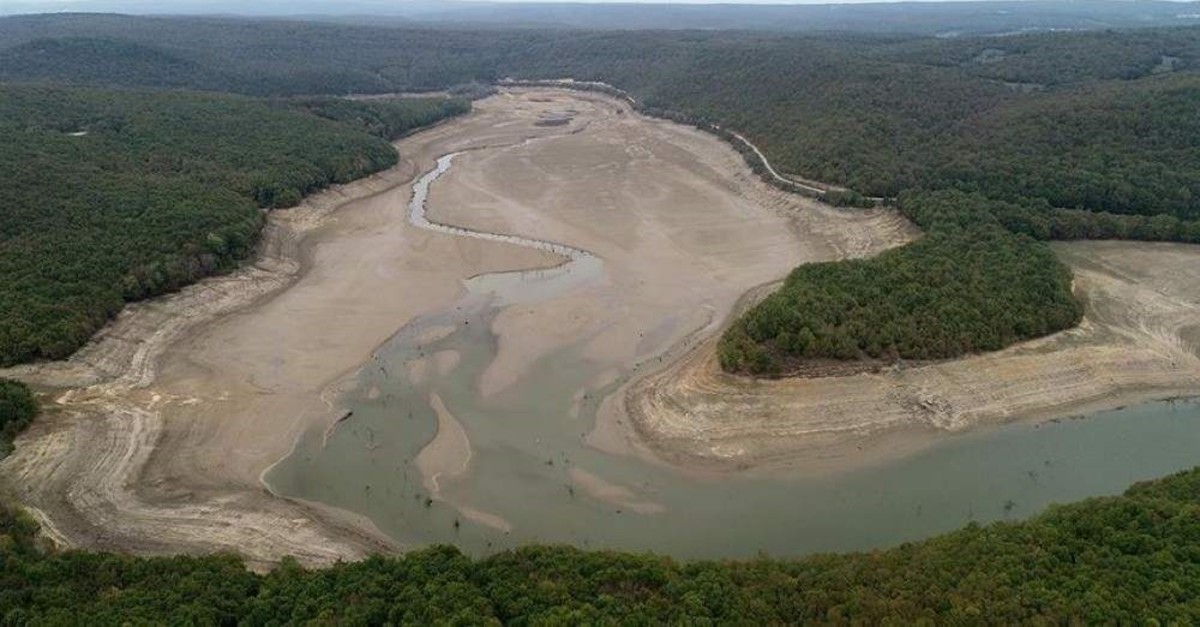 | AA Photo
by Daily Sabah Nov 15, 2019 5:54 pm
Water levels at dams providing water to Istanbul were reduced to critically low levels after long periods without rain, recent data from Istanbul Water and Sewerage Administration (İSKİ) has shown.
According to the data, Istanbul has water to last for around 100 days as the dams were only 38.79% full, with only 380 million cubic meters of water. The seven dams and various ponds feeding Istanbul's water pipes can hold a total of 868 million cubic meters.
Speaking to Anadolu Agency (AA), a professor of meteorological engineering at Istanbul Technical University (ITU) said the reason was below-average rainfall resulting from changing seasons due to global warming.
"When we study Istanbul and Turkey's general rainfall data, it is clear the city is receiving below-average rainfall annually. Drought is inevitable if the most important source in the natural water cycle is gone. Increasing population also amplifies the risk. If this downward trend holds, we expect severe droughts in Istanbul and other places across Turkey," Sevinç Asilhan said.
Asilhan also warned that if rainfall doesn't return to seasonal averages, Istanbul may face planned water cuts within six months. According to ISKI, Istanbul consumes 2.6 million liters of water per day.
Turkey has experienced severe consequences from global warming in recent years, affecting ecological patterns from seasonal heat levels to rainfall. According to a projection by the Intergovernmental Panel on Climate Change (IPCC), the mean yearly temperature in Turkey is set to rise 2.5 degrees Celsius to 4 degrees Celsius. The IPCC also estimated that Turkey will likely face severe drought in general while the northern regions will struggle with heavy floods.
Last Update: Dec 20, 2019 1:42 am
RELATED TOPICS