Istanbul's 'Robin Hood' back on streets 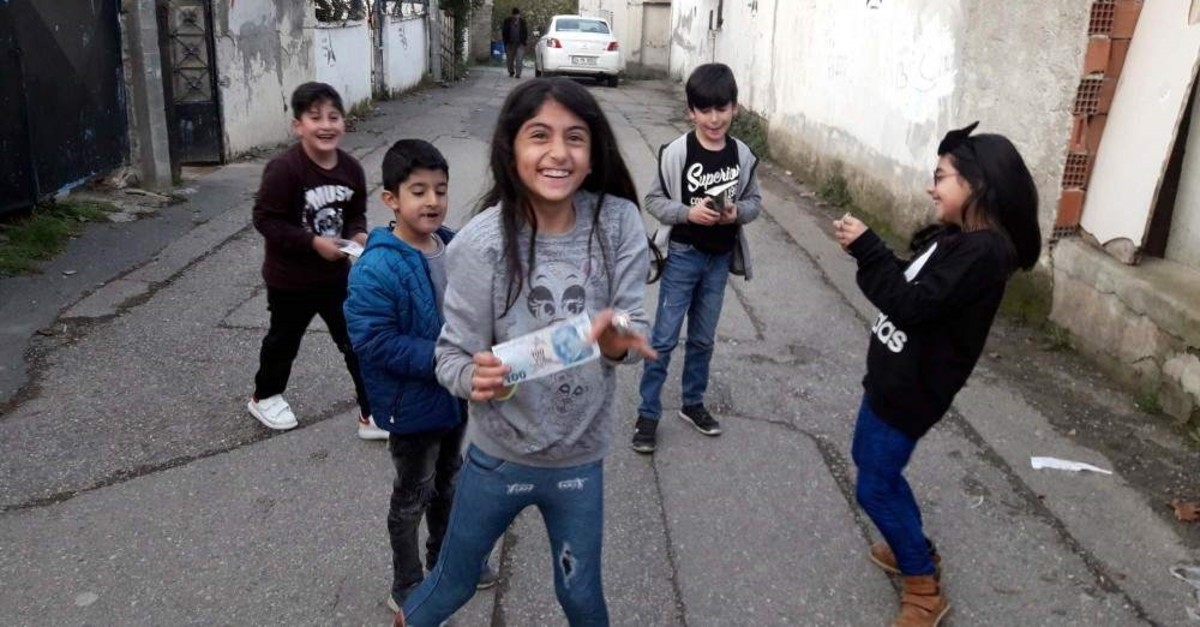 Children in a neighbourhood in Istanbul's Atau015fehir pose after a mysterious philanthropist appeared on the streets and gave them pocket money. (DHA Photo)
by Daily Sabah with DHA Dec 18, 2019 1:47 pm

A mysterious Istanbul-based philanthropist, dubbed “Robin Hood," by the Turkish media has made his presence known on the streets once again, this time, to help needy families in the slums of Ataşehir district over the weekend.

The individual and fellow aides have occasionally shown up on the slums of several districts before, including those of Hasköy and Başakşehir on the European side and the Tuzla Mimar Sinan neighborhood on the Anatolian side, leaving envelopes full of cash at the doorsteps of needy families and sometimes paying to cover the debts families owe to local grocers.

In the latest gesture of good will, the mysterious philanthropist traveled to the poorer residential areas located just behind Ataşehir's skyscrapers. The wealthy man and his 10-person entourage, left envelopes full of money at the door of poor households, gave pocket money to children on the streets and again, paid off debts owed by residents to several local grocery stores.

Aslan Kutluay, a resident of the neighborhood, told Demirören News Agency (DHA) that the philanthropist and the aides came and left the neighborhood evading everyone but the children and left the envelopes, along with giving money to several students as a scholarship fund and paying the debts of several residents to landlords or shop owners.

Another resident, Oktay Korkunç said that he first heard about the philanthropist from news reports from other districts, adding that he had hoped the man would visit his neighborhood as well.

“My prayers came true,” he said.

Although there is no information as to the identity of the mysterious philanthropist, according to local shop owners who spoke to the mysterious figure, he claims to have readily adopted the moniker bestowed on him by the media.

It is also evident that the individual and his entourage have enough money to meet the needs of multiple people at once and are ever-ready to put a smile on children’s’ faces.