Tires found in Istanbul pond to be recycled 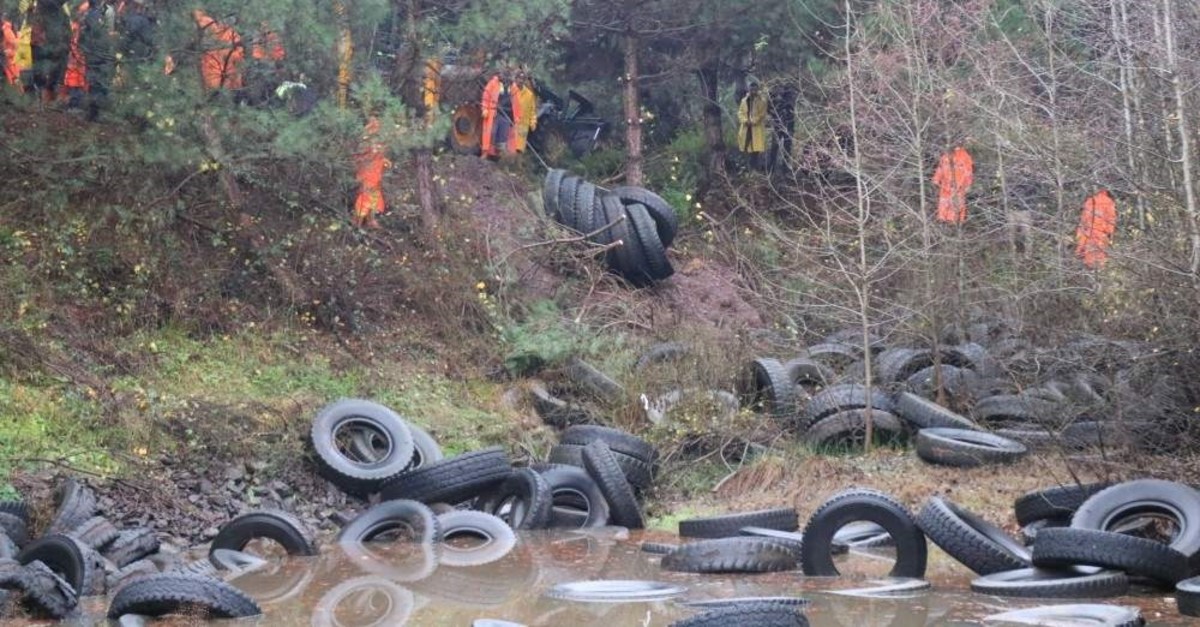 The abandoned tires were collected from the pond in Istanbul's ?ile district earlier this week. (DHA Photo)
by Daily Sabah Dec 27, 2019 9:19 pm

A business association announced Friday that it will recycle the tons of abandoned tires found in an Istanbul pond earlier this week after the accidental discovery caused an outcry over environmental pollution.

A hunter stumbled upon the tires inside a pond in Istanbul's Şile district when the pond deep in the forest dried up and the tires surfaced.

An investigation revealed that a construction company had abandoned the tires of bulldozers and other vehicles it used in the area between 1999 and 2003 before heavy rainfall formed a pond in the area.

Erdal Kurt, an official from the Tire Industrialists Association (LASDER), said in a written statement that they agreed to take over the recycling duties for the tires after talks with the local administration in Istanbul.

Kurt added that the tires were abandoned "randomly and irresponsibly, at a time preceding the implementation of regulations on the proper disposal of old tires."

LASDER is the sole authority in charge of the disposal of old tires in Turkey.

Nearly 50 tons of tires found in the pond were handed to contractors working in coordination with the association. They will be recycled and put to different uses, including building pavements, walking lanes, sound isolation barriers on highways, as well as producing fuel for electric generators.