Hundreds flock to 'lucky vendor' in Istanbul for lottery ticket 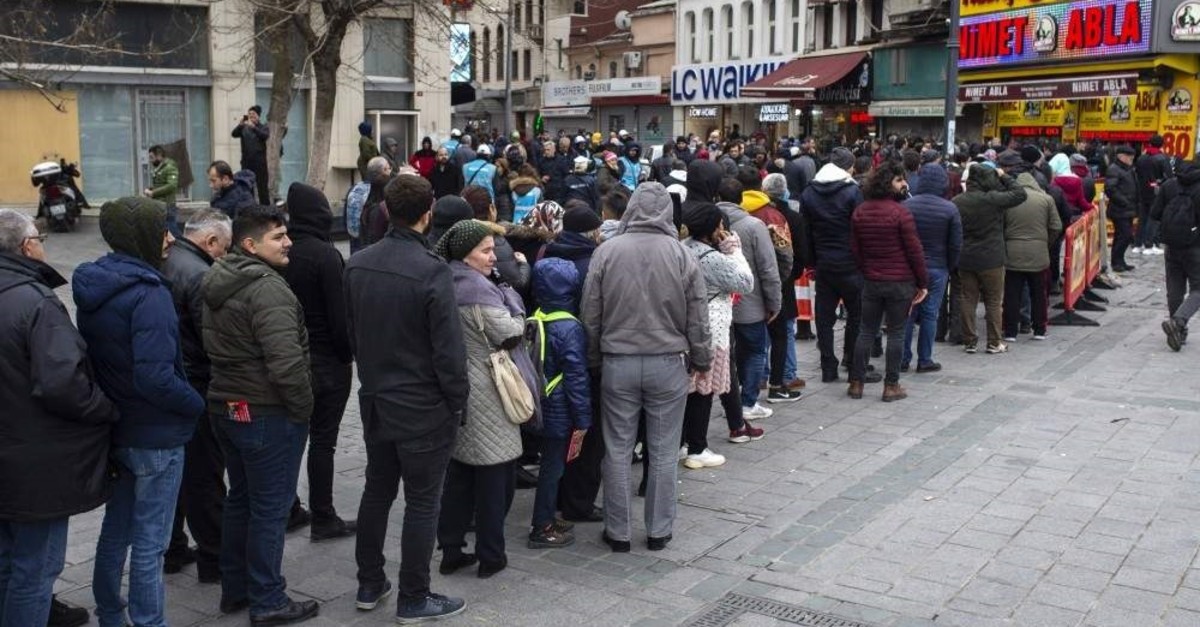 Hundreds of Istanbulites rushed to the city's historic Eminönü neighborhood during the final hours of 2019 to buy a lottery ticket for this year's New Year's Special jackpot, which will award a whopping TL 80 million.

Despite unusually bad weather – stormy weather with winds reaching 100 kilometers per hour – locals seeking a fast track to riches formed long lines in front of Nimet Abla, a small vendor that became somewhat of a myth after selling numerous winning tickets over the years.

Surpassing the borders of Istanbul, Nimet Abla's fame reached far and wide across Turkey, as people started coming to Eminönü from all corners of the country.

Speaking to Demirören News Agency, a man said he came from the neighboring province of Kocaeli just to buy a ticket from Nimet Abla. "My daughter wanted to see this place (Nimet Abla). I will donate some of it to charities if I win the jackpot," Aslan Çiçek said.

Similarly, a woman said she came from Mersin to buy a ticket. "Even my friends wanted one. I bought some for them too," Gülsüm Değirmenci said.

An 85-year-old woman, meanwhile, said she believed she would be the lucky winner. "I'm lucky like that, I might win it. I'll buy a house, give most of it to my children. I will also have my grave built," Nazmiye Şen said.

Nimet Abla, or Melek Nimet Özden as she is formally known, passed away in 1978 after running the small outlet for decades. When it was found that a lottery ticket that won the grand prize was sold from her booth, it made the headlines in 1931 and her fame spread, giving rise to urban legends that most winning tickets were sold there. However, the myths became reality as the vendor indeed sold more winning tickets over the years due to the sheer number of people buying tickets from there.

The draw for the New Year's special will be held on Dec. 31. A single ticket this year is on sale for TL 80.