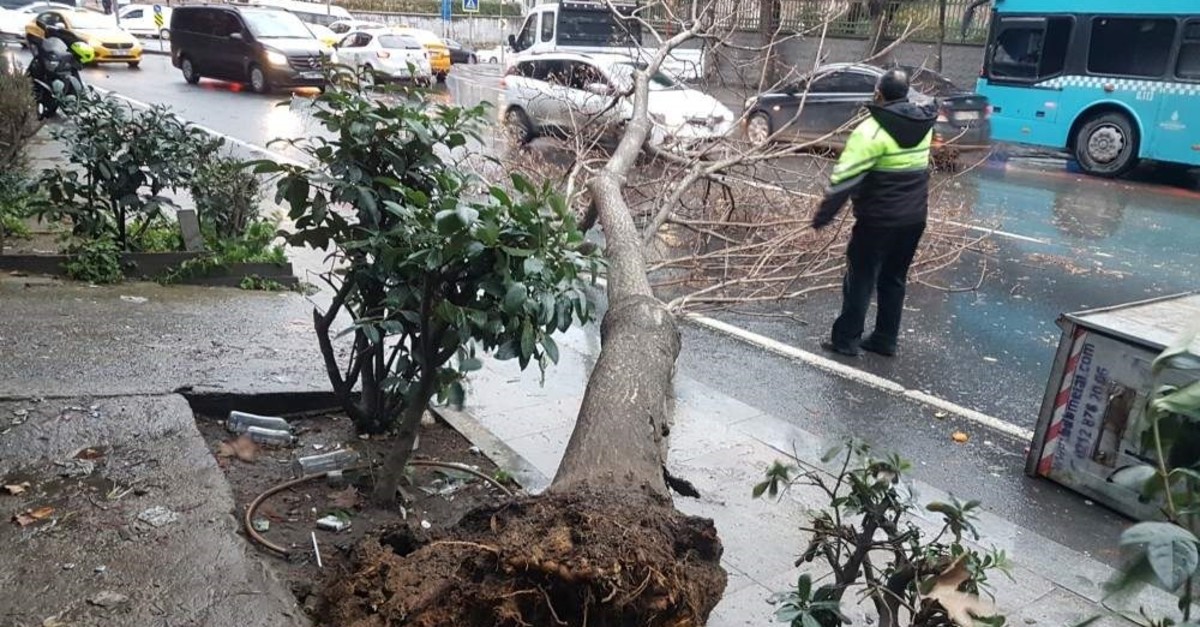 Authorities issued an "orange alert" for Istanbul as storms and strong winds took over Turkey's most populated city on Monday.

Winds reached speeds of 40 and 65 kilometers per hour in the Marmara Sea, battering the city particularly heavily on its European side.

Winds felled trees throughout the districts of Şişli, Ümraniye and Çatalca, also tearing the roof off a primary school in Beylikdüzü, a district on the far western side of the city. No casualties were reported.

Meanwhile, pieces from the roof of a building in the Esenler district peeled off, damaging four cars on the street, while the roof of a house in Silivri also flew apart due to the winds.

Security cameras captured the moment a tall tree fell down onto cars on Darülaceze Road in the Şişli district at around 3:30 p.m. The tree damaged a number of cars, while passersby narrowly avoided being crushed.

Meteorologists have warned that winds will grow in intensity by Tuesday, reaching speeds of 50-80 kilometers per hour. Authorities have warned locals to be cautious against falling trees and roof tiles, as well as large road signs.

Temperatures look to dip as low as 5 Celsius degrees on Monday night.

Ferry services connecting the city to the provinces of Bursa and Balıkesir across the Maramara Sea were canceled in light of the storms, while passenger planes landing at Istanbul Airport had to delay landings due to strong winds. Aviation website www.kokpit.aero reported that takeoffs were suffering delays of around thirty minutes due to bad weather.