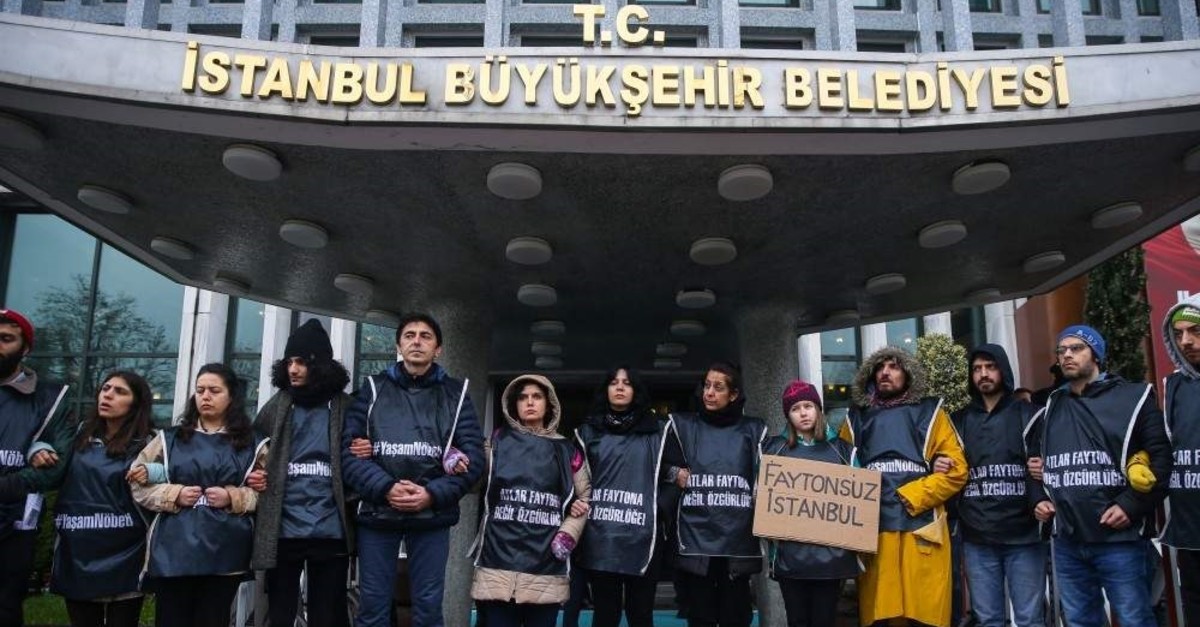 Speaking on behalf of protesters, Kübra Aygün told reporters that they met with Istanbul Gov. Ali Yerlikaya and Prince's Islands District Gov. Mustafa Ayhan. Yerlikaya promised them that the governorate would work for the welfare of the horses.

Last month, 81 horses diagnosed with glanders were culled in Büyükada, one of the islands off the Istanbul coast. The outbreak was blamed on the bad conditions the horses were exposed to.

Horse carriages have been a staple on the islands as a popular tourist attraction but the maltreatment of the animals by their owners has long drawn the ire of activists.

Activists had blamed Mayor Ekrem İmamoğlu for not fulfilling his election promise to ban the horse carriages. İmamoğlu has said that the carriages will be banned but several "symbolic" carriages will continue operating. Activists want a full ban.

Aygün said the governor told them that he personally opposed the use of "symbolic" carriages. The governorate announced earlier a three-month ban on horse carriages, starting from December. She said the governor also promised them that the 1,380 horses who pulled carriages on the islands would be cared for after the ban.