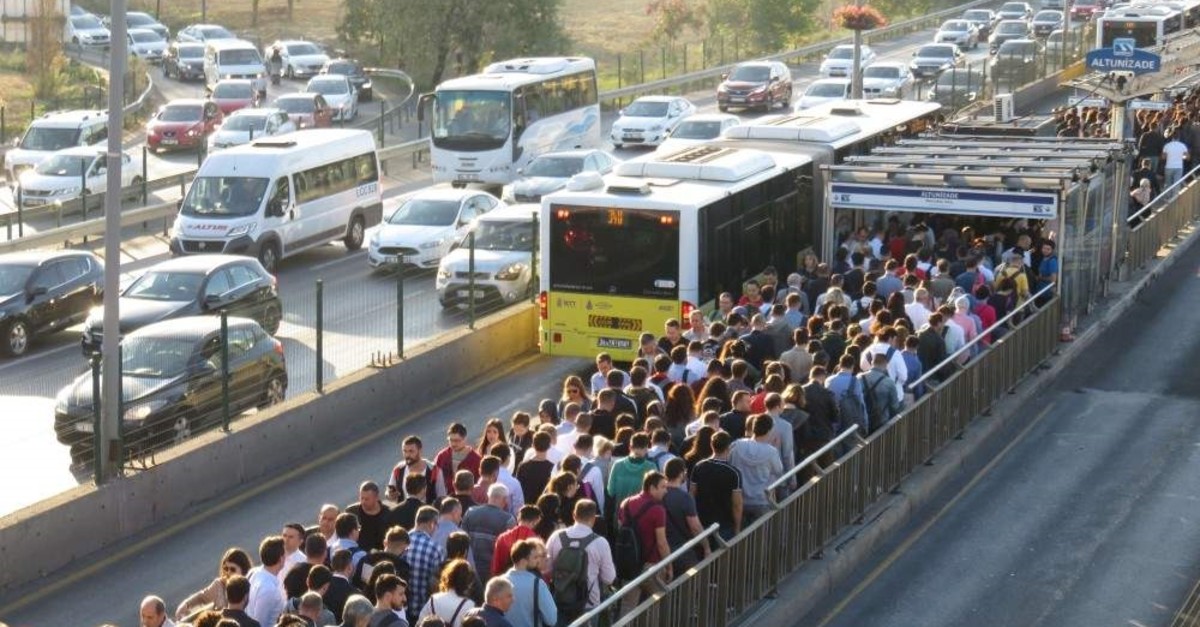 According to Istanbul Metropolitan Municipality, the number of people using the city's mass transit system, including buses, trams and the metrobus, saw a 10% increase in 2019, reaching a total of 1,364,838 people. The figures did not include passengers of the city's subway system.

The municipality said 6,274 buses carried more than 1 million passengers in 18.5 million trips, adding that the number of bus lines increased from 708 to 779.

Meanwhile, the city's metrobus network served 295 million people, an increase of 5% compared to last year. Launched in 2007, the metrobus carries commuters in exclusive lanes to avoid the city's congestion. When it first opened, it served the Cevizlibağ-Avcılar route, but over the years it has been expanded to 45 stops from Beylikdüzü on the European side to Kadıköy on the Anatolian side.