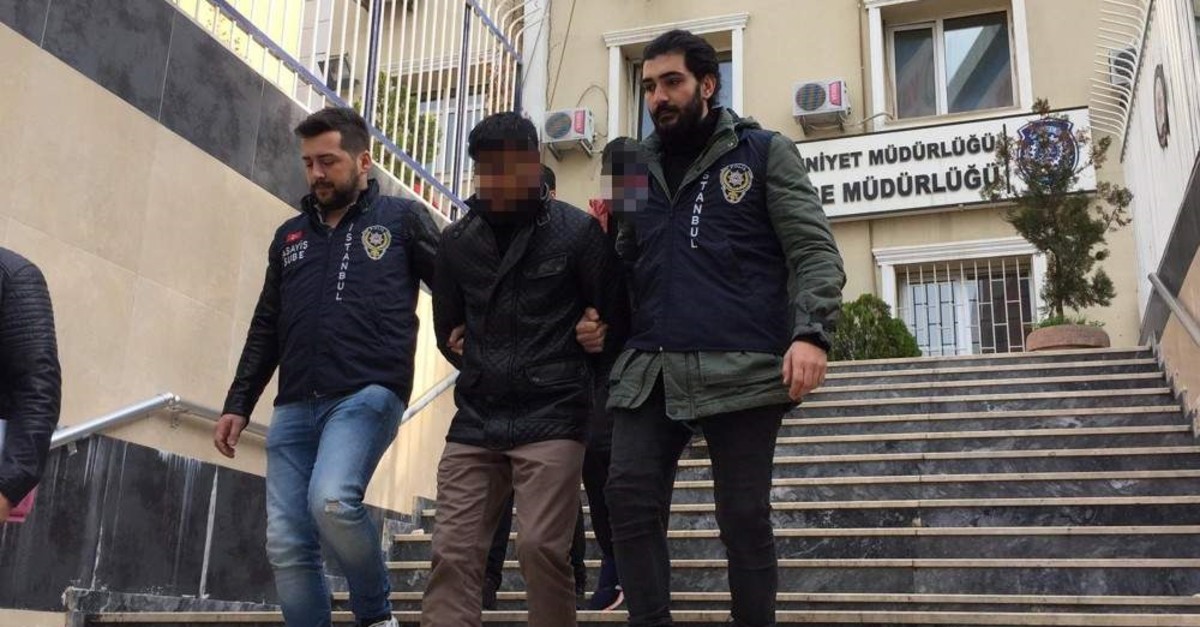 Police officers escort members of a gang of robbers who called themselves ,Ninja Turtles,, Istanbul, Dec. 18, 2019. (Photo by Emir Somer)
by Daily Sabah Jan 14, 2020 1:19 pm
Istanbul Gov. Ali Yerlikaya announced that crime rates were on the decline in Turkey’s most populated city last year. The governor shared a crime report on his Twitter account Tuesday, citing that home burglaries decreased by 28% while commercial burglaries dropped by 19%. Similarly, pickpocketing decreased by 19% while the murder rate dropped by 20% in the city.
Istanbul, with a population of more than 15 million people, attracts both Turkish and foreign criminals. Police maintain security in central areas while gendarmerie units operate in rural parts of the city. Turkey re-introduced night watchmen in 2017 – a branch of the Turkish National Police scrapped in the early 1990s – to boost law enforcement efforts particularly in big cities.
Istanbul's crime report for 2019 shows that theft in residences dropped to 14,272 cases from 19,844 cases in 2018. Car theft also decreased to 2,298 from 3,449 in the previous year.
Drug-related cases were also on the decline, from 45,842 to 40,851.
RELATED TOPICS