Monstrosity of a hotel rises atop Istanbul's ancient walls 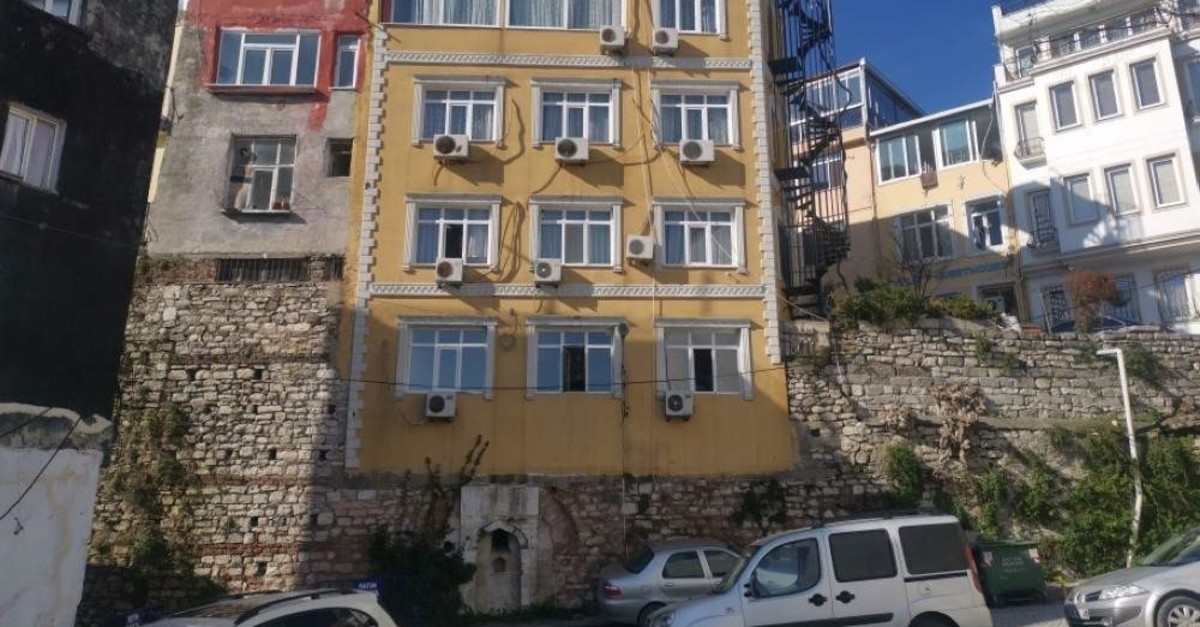 Locals complain that the hotel in the Cankurtaran neighborhood of the Fatih district harms the historical texture of the city. (DHA Photo)
by Daily Sabah with DHA Feb 03, 2020 1:11 pm

City walls, a relic of a time when they were the city's sole defense against enemies, stand the test of time in Istanbul. A prized witness of the city's long history, they are an inseparable part of the skyline, but in Cankurtaran, they succumb to man-made intervention. A short walking distance from the historic Topkapı Palace and Hagia Sophia, a part of the wall, unfortunately, hosts a modern-day eyesore: a five-story hotel. A yellow-painted building built right on top of the city wall and on an ancient foundation which has been a part of the wall, draws the ire of passersby and Cankurtaran neighborhood residents.

Cracks are seen on the parts of the wall which is estimated to date back as far as the pre-Ottoman period that began in the 1453 conquest of the city. The wall section's fountain is heavily damaged as well.

Nevin Taş, a born-and-bred native of Cankurtaran who now serves as its muhtar – or local headman, elected as the neighborhood's administrator – laments the fate of the wall, especially the fountain, whose tap was broken a long time ago. "People used to drink from here but you see, now it is disappearing," she said. She pointed out that the wall was host to wooden buildings before but the new owners replaced it with a concrete hotel. "It sits there in a precarious position. You see the cracks between the stones," she warned.

Mithat Küçük, another neighborhood resident, said history "is disappearing." "There are other hotels here like this. They find ancient arches, fountains, etc. during the construction but they make them 'disappear' somehow," he said. He called on authorities to "reclaim the history." "Builders should be more careful when it comes to historic structures," he said.