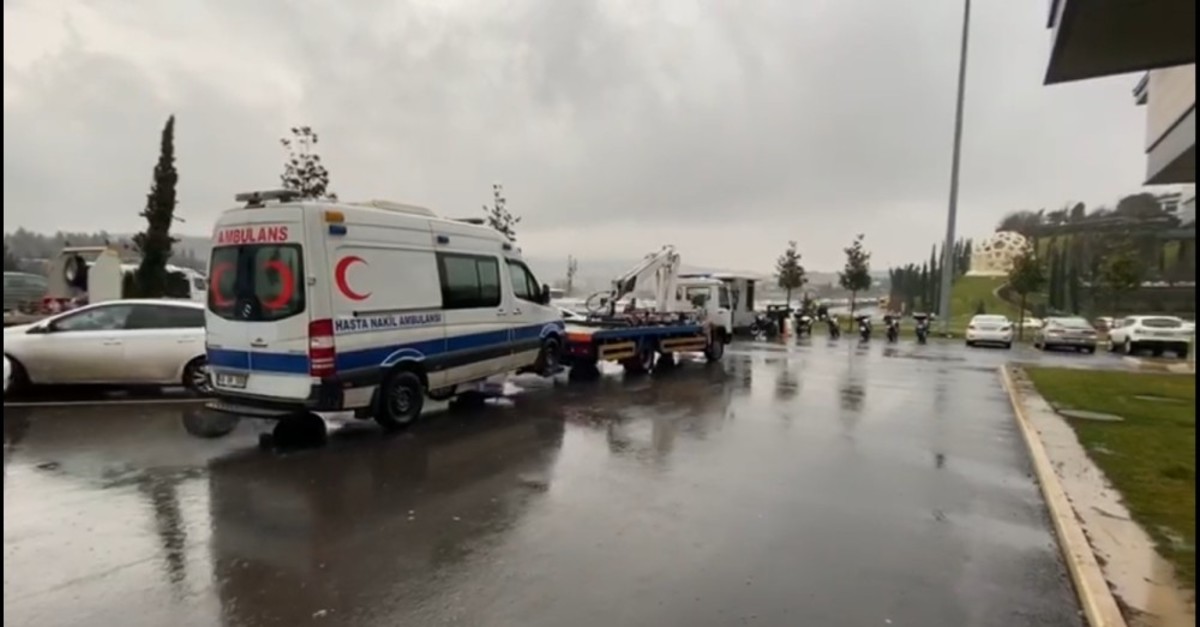 The ambulance was impounded by the Istanbul police on Wednesday. (Photo by Yunus Emre Kavak)
by Daily Sabah Feb 05, 2020 7:28 pm

An Istanbul-based ambulance company is accused of using its ambulances to secretly offer rides to those looking to bypass the notorious traffic of Istanbul.

Two journalists from the Milliyet newspaper went undercover to see whether the allegations were true and discovered that the company charged TL 700 to transport them. They reached their destination in 38 minutes, compared to one hour and 20 minutes for other vehicles on the same route.

The company, which reportedly faces an investigation for operating without a license, allegedly told journalists posing as businessmen that they could take them to their destination despite them not being patients. A transcript of the conversation between company staff and journalists shows that even though they are not patients or in need of medical attention, they can be transported to their destination "in 30 minutes."

Journalists Gökhan Kam and Cihan Aslan say they were in the back of the ambulance 12 minutes after they called the ambulance company. Turning on its sirens and pretending to carry an emergency patient, the ambulance cleared the road to make a way for itself. Journalists said the ambulance driver and a company official sitting in the front seat even used the vehicle's loudspeakers to tell the other vehicles to clear out of the way, saying "There is a patient in the ambulance."

Media outlets reported Wednesday that the driver of the ambulance was detained after the news made headlines and the ambulance was impounded. The driver with the initials A.M. was fined TL 7,501 for violating traffic regulations banning the use of emergency lanes when there is no emergency and unlicensed transportation of passengers. His driving license was also suspended.

Under current regulations, ambulances are exempt from police intervention in order not to risk the lives of critical patients. Only parked and unlicensed ambulances can be fined by traffic police, thereby facilitating the illegal scheme of some private ambulance companies to transport passengers instead of patients.