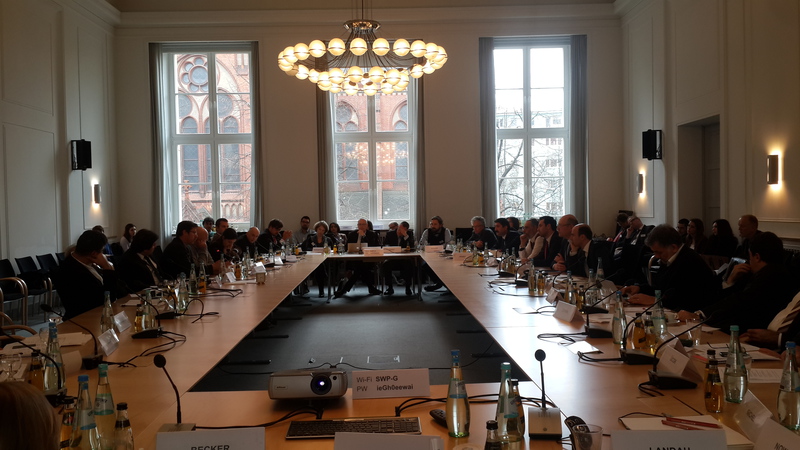 by Ali Ünal Mar 12, 2015 12:00 am
Turkey's reconciliation process and the regional dimensions of the Kurdish issue were discussed in Berlin at a panel that was co-organized by the Sharq Forum and the German Institute of International and Security Affairs (SWP) on Wednesday.

The panel, called "Turkey, Kurds and a New Region," consisted of three different sessions, and experts and academics from various countries, mostly Turkey and Germany, provided different angles on the Kurdish issues, which was held under the Chatham House Rule.

Speaking about the panel, president of the Sharq Forum, Wadah Khanfar, said that Turkey's efforts to solve the decades-old Kurdish problem with a peaceful reconciliation process inspires beyond Turkish borders, and therefore they decided to organize this event. "The Kurdish issue is at the center of three nations – Turks, Arabs and Persians. I cannot imagine a stable Middle East without proper settlement of the Kurdish issue. We started a series of discussions of the Kurdish issue beginning in Irbil, now we are in Berlin and will go to other places as well to help international efforts in focusing on the Kurdish issue," Khanfar said.
The host of the event, SWP President Dr. Günter Seufert, drew attention to Germany's rising interest in the Kurdish issue. "For Germany, it is a new experience to deal with the issues in the Middle East directly. This is the first time Germany sent weapons to Irbil, which is an actual crisis region, and therefore policy makers and academics wanted to have this discussion in Berlin" he said.

Although it is a new institution, the Sharq Forum has begun attracting the attention of academics and policy makers with the events it has organized recently. Touching on the mission of the the Sharq Forum, Khanfar said that the most important mission of their think-tank is to generate solutions for economic and political security related to the region, an area they call "al-sharq," which consists of North Africa and the Middle East. In addition, research director Galip Dalay described the Sharq Forum as a newly-established institution with a physical presence in Istanbul that tries to adopt a holistic approach to the region, rather than any particular approach.