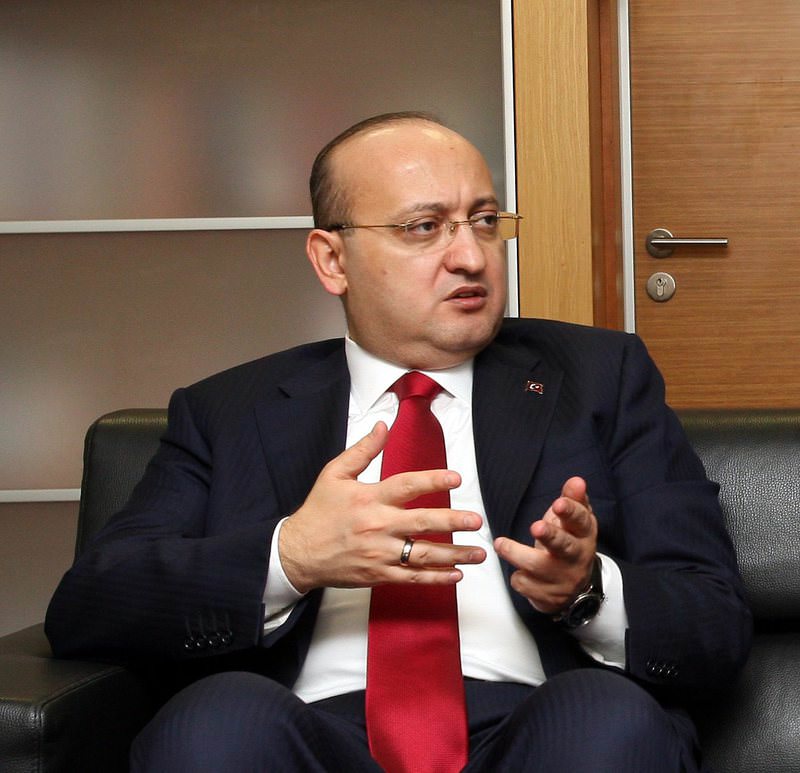 by Anadolu Agency Apr 04, 2015 12:00 am
Turkey has to succeed in the "solution process" for the sake of its own future, said Deputy Prime Minister Yalçın Akdoğan on Saturday.

In remarks made to a local private television channel, Akdoğan said that the solution process was being carried out with the full support of the Turkish community and added that the government could not achieve anything without public support.

Pointing out the dangers of conspiracies being hatched against Turkey, Akdoğan continued, "There are dirty games against Turkey from both inside and outside the country."

However, despite the threats, the government was resolved to see the solution process through. "We have to spoil their games and maintain this process hand-in-hand, while protecting our brotherhood and unity," he said.

He rejected criticism of Turkish opposition parties over the solution process and denied that the government was allegedly making many concessions to the outlawed group.

He reiterated that the government's main goal in the solution process was to safeguard Turkey's national unity, brotherhood of its citizens, and comfort and peace in the homeland.

The "solution process" refers to the Turkish government's initiative to end the decades-long conflict with the outlawed Kurdistan Workers' Party, or the PKK, which has so far claimed the lives of more than 40,000 people.

He said that the prosecutor's murderers were in a fight against Turkish nation itself. "It is a big lie that their fight is against the state; they are just trying to justify their ideology," he added.

On Tuesday, two members of the outlawed leftist extremist group, the DHKP-C, raided an Istanbul courthouse in Caglayan district and killed Turkish prosecutor Mehmet Selim Kiraz during a hostage crisis.

Security forces have responded with a crackdown on the group. Early Thursday, police detained dozens of people in Istanbul and other provinces for alleged links with the group, which is listed as a terrorist organization by Turkey, the U.S. and EU.
Last Update: Apr 05, 2015 3:29 pm
RELATED TOPICS