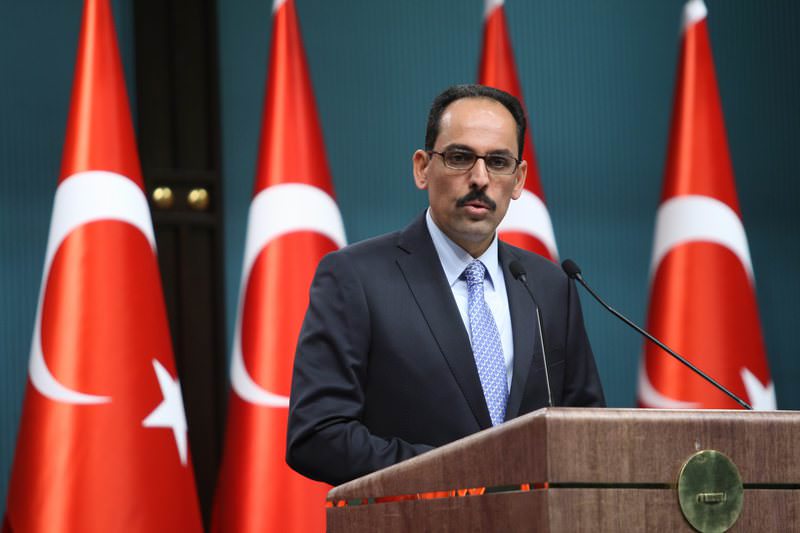 by Daily Sabah May 01, 2015 12:00 am
Turkey's presidential spokesman İbrahim Kalın said on Thursday that the reconciliation process between the Turkish government and the Kurdistan Workers' Party, or the PKK, has reached its most critical point.

Speaking in an interview on private Turkish news channel NTV, Kalın said that the government, Prime Minister Davutoğlu and President Erdoğan are determined to conclude the reconciliation process and added that the process is now at the most critical point, which is disarmament of the PKK.

"The main problem in the process is that the PKK still did not lay down arms, there is no disarmament in the practice. After the laying down of arms takes place, the process will largely be completed, the rest of the issues about reconciliation are already being discussed at the parliament," Kalın said.

The "reconciliation process" refers to the Turkish government's initiative to end the decades-long conflict with the outlawed Kurdistan Workers' Party, or the PKK.

The conflict between the Turkish government and the PKK, considered a terrorist group by Turkey as well as the U.S. and EU, has been ongoing since 1984 and has resulted in some 40,000-100,000 casualties, as well as major economic losses for Turkey. The PKK, which at first aimed to establish a Kurdish homeland in southeast Turkey, has also suffered heavy losses during the clashes.
Last Update: May 01, 2015 11:21 am
RELATED TOPICS