Public order will be preserved regardless of election results: President Erdoğan 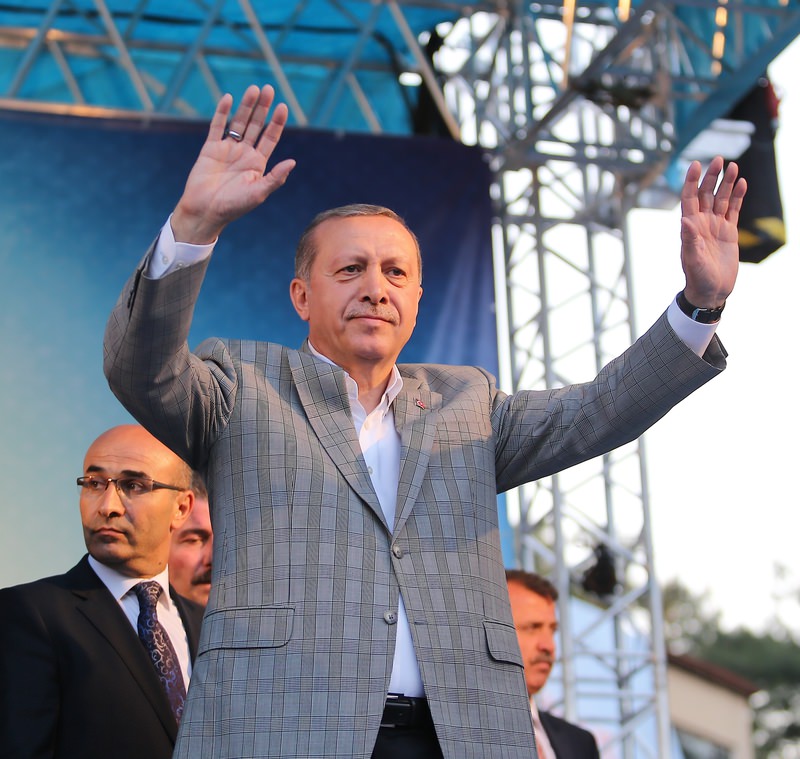 by Daily Sabah May 22, 2015 12:00 am
President Recep Tayyip Erdoğan on Thursday reassured that Turkey will continue to maintain the public order regardless of the election results.

Responding to the question whether there would be a chaos in southeastern Turkey if pro-Kurdish People's Democratic Party (HDP) failed to pass the 10 percent election threshold, Erdoğan said "Turkish administration is very aware of its responsibilities, which is maintaining the stability and safety of the country. Those who would attempt to create chaos will pay the price."

Erdoğan additionally said that the June 7 elections could be a breaking point in the reconciliation process and reminded that Turkey can adopt new plans regarding the reconciliation if steps taken by the HDP are not compatible with the rule of law.

He also criticized HDP for threatening voters in Turkey's southeastern cities and using fear as an election campaign. "During my visits to southeastern cities, I saw that the people were afraid (of HDP), there are some letters sent to the locals' homes warning them not to vote for the ruling party,"

The PKK has intensified pressure on locals in eastern provinces to vote for the HDP, which is vying to pass the 10-percent election threshold to enter Parliament as a party. The pro-Kurdish party, which acts as a mediator in the reconciliation process with the government, is working to end the decades long conflict with the PKK and the state, and has been frequently accused by government officials of triggering violence by exerting its influence on PKK sympathizers.

The reconciliation process, which was launched by the government to end the decades-long conflict between the state and the outlawed PKK, has recently been on a shaky ground due to resistance by the PKK to convene a congress to lay down its arms even after receiving an order by its imprisoned leader, Abdullah Öcalan.