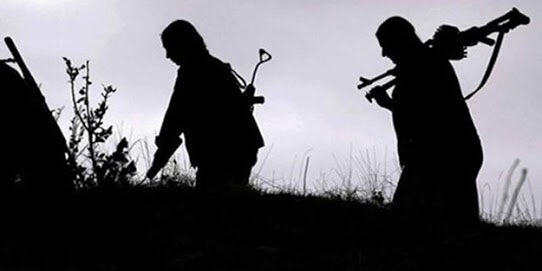 by Daily Sabah Aug 13, 2015 12:00 am
Five PKK terrorists surrendered to Turkish authorities in Turkey's southeastern province of Şırnak on Thursday.

The Şırnak Governorate released a statement saying that in 846 PKK members in total surrendered to Turkish authorities between 21 March 2013 and 13 August 2015.

"Legal processes regarding the terrorists are being conducted by judicial authorities," the statement added..

The Turkish government has intensified its counter terror operations following the recent attacks carried out by the PKK, which is recognized as a terrorist organization by the U.S., the EU and Turkey.

The PKK is also accused of using civilians as human shields in its camps.
Last Update: Aug 13, 2015 8:33 pm
RELATED TOPICS