Gov't determined to bolster economy in southeast despite PKK terror 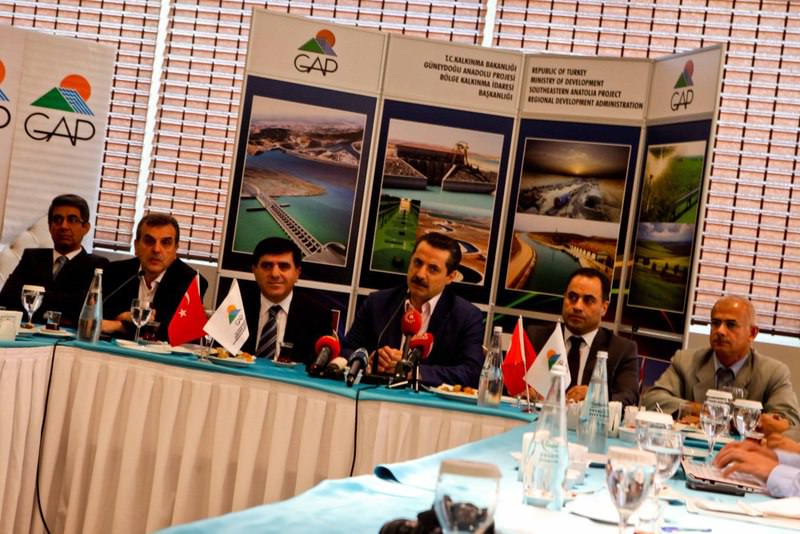 Officials in Turkey's east and southeast stress of the momentum gained during the reconciliation process for the region's welfare, amid being stormed with PKK terror in the last couple of months which hit the region's economic activities

The increasing terrorist attacks and safety problems in eastern and southeastern Turkey following the June 7 elections negatively affected both tourism and investment activities. Meeting members of the press in the southeastern province of Şanlıurfa, Southeastern Anatolia Project (GAP) administration head Sadrettin Karahocagil said that following the suspension of the reconciliation process, the perception problem that was already present in the region became more profound and people stopped visiting the region, making a huge dent in the region's growing tourism sector, although there is no problem with regard to daily life.

Pointing out that recent developments have affected tourism the most, Karahocagil said: "Although there is no problem regarding daily life, it is reflected to the West and the international public in a different way. It is too hard to change this. Come, travel and invest [in the region]," he said, addressing everyone.Saying that the region had found peace and stability thanks to the reconciliation process, Karahocagil added: "With the introduction of the reconciliation process, a peaceful atmosphere became prevalent. Both investment and social life were growing. We spent a few years during which our citizens were really content. A considerable number of foreign investors started to head to the region, hotel chains were introduced and serious investments were made in Mardin, Diyarbakır and Şanlıurfa. Industrialists also headed to the region. This serious progress in investments was achieved thanks to the peaceful atmosphere. With the ceasing of the reconciliation process, this atmosphere was undermined."

With regard to the question of whether they had any problem with municipalities run by the Peoples' Democratic Party's (HDP) regional affiliate Democratic Regions Party (DBP}, Karahocagil said: "We have never adopted an exclusionist stance. We have worked with those wishing to work with us. In general, we do not have a problem cooperating with municipalities. But we face some issues in marginalized regions. We work easily with municipalities that focus on providing service. For example, it is easy to cooperate with the Gaziantep Municipality since they focus on services and do not have any confidential agenda. We think that it is easier to work with other municipalities when compared to the [DBP], but we still cooperate with [DBP] municipalities, as well. We are a state institutions, so we have to look at all municipalities through the same lens. In this sense, their point of view also matters."

Former work and social security minister and Justice and Development Party (AK Party) Şanlıurfa deputy candidate Faruk Çelik also came by the hall where the press conference was held. Çelik spoke about the latest developments in the region. Emphasizing that a feeling of fear and anxiety dominated the region after the June 7 elections, Çelik said: "People were hopeful about the future during the reconciliation process. Now, fear and anxiety prevail in the region. This is the greatest harm that can be done to people in the region. Industry activities have slowed down and tourism in the region perished. And they still claim that this is all for the benefit of people in the region. Everything is clear. Agriculture and tourism comprise the lifeblood of this region, and they are trying to destroy those activities. The people of the region are disturbed by that. No one is promoting this."
RELATED TOPICS