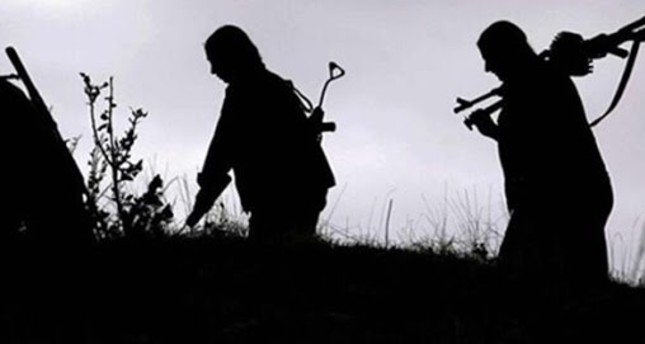 by Daily Sabah Nov 24, 2015 12:00 am
Some 618 terrorists have fled from the PKK since June when there were 121 attacks such as arson. Three civilians, two soldiers and three police officers were also killed despite the cease-fire between the state and the terrorist organization still being active.

While many terrorists have been killed in the operations, shelters, emplacements and ammunition depots have also been destroyed, causing a restriction of maneuverability for the PKK terrorist organization.

Especially in the provinces where there have been claims of self-rule, security forces have sharpened the focus of the operations and gave a major blow to the PKK in those places.

According to a statement from the General Staff released on Monday, security forces destroyed targets with airstrikes after detecting caves and shelters used by terrorists in the Şemdinli district of the southeastern province of Hakkari. Two terrorists were captured with their ammunition in the operations, the statement said.

In the operation carried out in the Lice district in the southeastern Diyarbakır province, dozens of pieces of equipment, including hand-made explosives, rifles, bullets, rocket launchers, drugs and living supplies were confiscated by security forces.

Previously, it was also reported that the popularity of the PKK and its youth-wing, the Patriotic Revolutionary Youth-Movement (YDG-H), among the locals has significantly decreased in the region due to the ongoing war with security forces in the provinces.

The PKK has purportedly marked houses belong to families who are known to oppose the PKK's life-crippling policies of digging ditches, barricading roads and clashing with security forces, in order to pressure them to leave.

The government has intensified its counter terror operations following recent attacks carried out by the PKK, which is recognized as a terrorist organization by the U.S., EU and Turkey.

Formed in 1978, the PKK has been fighting the Turkish state for an independent Kurdistan until the early 2000s. The group then shifted its goal to autonomy in predominately Kurdish inhabited regions of Turkey.
Last Update: Nov 24, 2015 2:01 am
RELATED TOPICS