4,000 security force members to be deployed for operations in southeastern Turkey 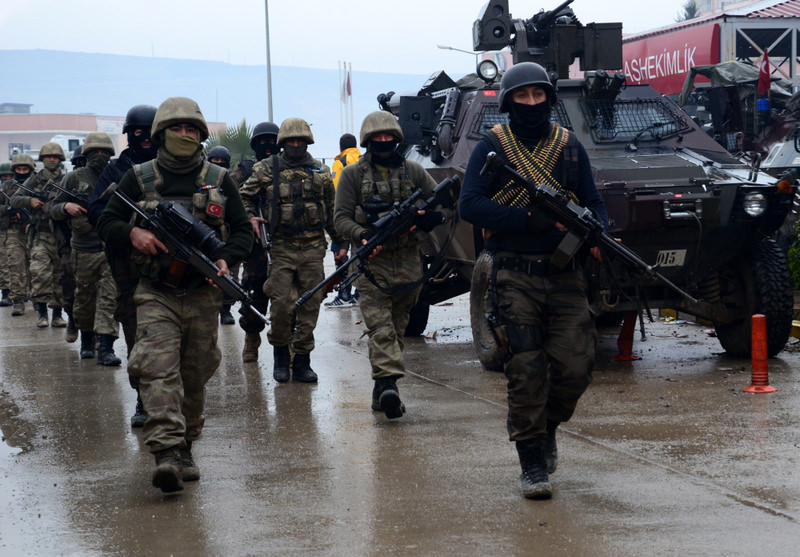 Even though most terrorists are purged from five significant districts in the southeast, the government will deploy some 4,000 extra members of the security forces to knock the PKK out and clean the region of explosives and booby-trapped ditches

As part of the government's plan to deal a final blow to the PKK's urban branch in several districts in the southeast, at least 4,000 members of security forces will be deployed in conflict-ridden districts of Diyarbakır, Şırnak and Mardin provinces.

According to reports in the Turkish media, the government aims to take full control of the region after the operations conclude. Security forces have reportedly secured the Silopi district of Şırnak and are coming close to purging other districts.Acting on the need to clean each street of explosives and booby-trapped trenches, security forces will exhaust efforts to re-establish security in the region.

Having found itself in a tough spot from the extensive operations carried out by security forces in the southeast, PKK leader Murat Karayılan has asked for help from Kurds living in metropolises.

In a televised interview on the pro-PKK Sterk TV channel, Karayılan threatened Kurds living in metropolises and urged them to take action before it is too late. "You will be finished there when this [region] falls. Kurds in metropolises should protect their missions," he asserted.

Stressing that it is time for Kurds "to act," Karayılan contended that Kurds should resist the Turkish state in the name of the PKK's "struggle for autonomy."

Five terrorists and a police officer were killed in southeastern Siirt early Friday. According to security sources, police squads extended their operation to an address in Ulus.

During clashes, a police officer was injured and later succumbed to his wounds at Siirt State Hospital. Three other injured police officers are still receiving treatment.

The total number of terrorists killed since the beginning of counterterror operations in mid-December has reached 628, a written statement released by the General Staff said on Friday.
RELATED TOPICS