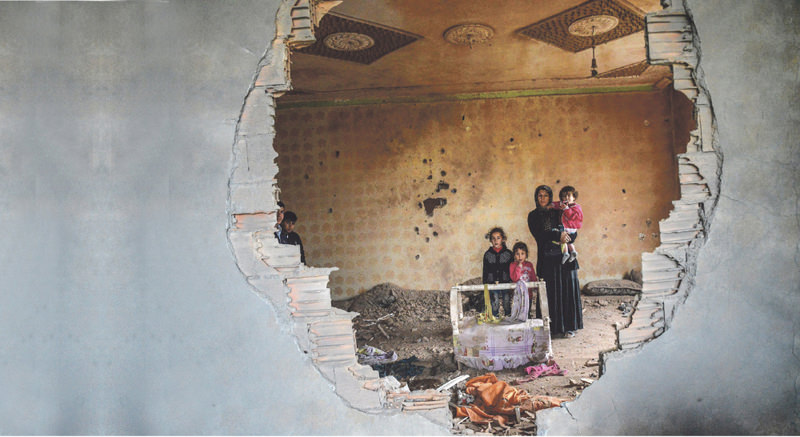 by Daily Sabah with AA Jan 20, 2016 12:00 am
Ditches have been filled and barricades, handmade and booby-trapped explosives have reportedly been removed in the Silopi district of Şırnak province as of Monday. The curfew imposed on the district has also been lifted between 5 a.m. and 6 p.m.

Security forces have been carrying out extensive operations in Silopi to clear streets and make sure that ditches are filled and barricades and explosives are completely removed. Reports indicate that the operation was concluded successfully on Monday, with the curfew in the district lifted between 5 a.m. and 6 p.m.

According to reports in Turkish media, 535 ditches were filled and barricades have been removed. Security forces also detonated some 800 explosives. At least 136 terrorists were killed in the operations as well.

One soldier killed in PKK attack in Diyarbakır

At least one soldier was killed in a PKK terrorist attack in southeastern Diyarbakır province late Monday.

According to local governmental sources, the incident took place as troops backed by gendarmerie forces conducted counterterror operations in Cevatpaşa, Fatihpaşa, Dabanoğlu, Hasırlı, Cemal Yılmaz and Savaş neighborhoods in the Sur district amid an ongoing curfew since early December. The soldier succumbed to his wounds at Diyarbakır Military Hospital after he was severely wounded when PKK terrorists opened fire on security forces.

At least two police officers were killed in a PKK attack in the southeastern province of Şırnak late Monday.

One police officer was killed at the scene while another succumbed to his wounds at Şırnak Public Hospital where he was taken, along with 10 other injured officers.

The PKK, which is considered a terrorist organization by the U.S. and EU, resumed its 30-year war with the Turkish state in late July of last year.
RELATED TOPICS