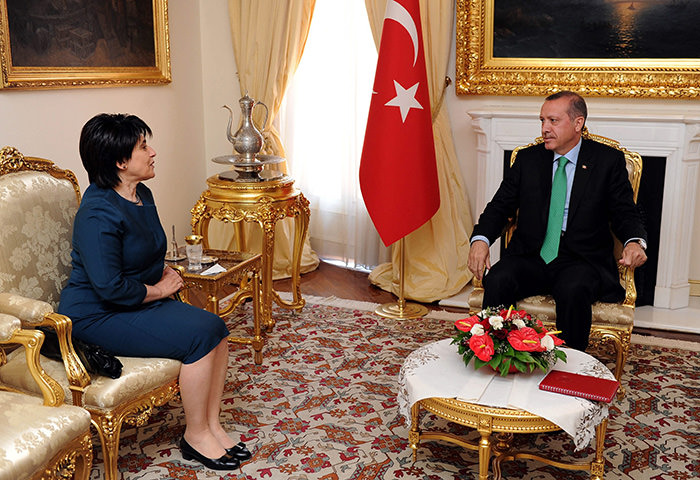 by Daily Sabah with AA
Jan 22, 2016 12:00 am
President Recep Tayyip Erdoğan has indicated on Friday that he is open to meeting a senior figure from Turkey's Peoples' Democratic Party (HDP).

Speaking in Istanbul, President Erdoğan said the government had heard the call from Turkish MP Leyla Zana to meet.

Zana is a veteran politician with Kurdish origins and a deputy representing Ağrı in eastern Turkey.

"Leyla Zana demanded the meeting. We discussed the demand at Bestepe [the Presidential Palace in Ankara] with our friends," Erdoğan told reporters in a press conference. "As a result of this discussion, I am persuaded to meet her."

Zana is a well-known Kurdish political figure who has long fought for the rights of Kurds and women and has been imprisoned in the past. She had even paid unprecedented visits to Erdoğan in 2012 during his time as prime minister, and has remarked that she believes Erdoğan will be able to solve the Kurdish issue, which has been ongoing for decades now.