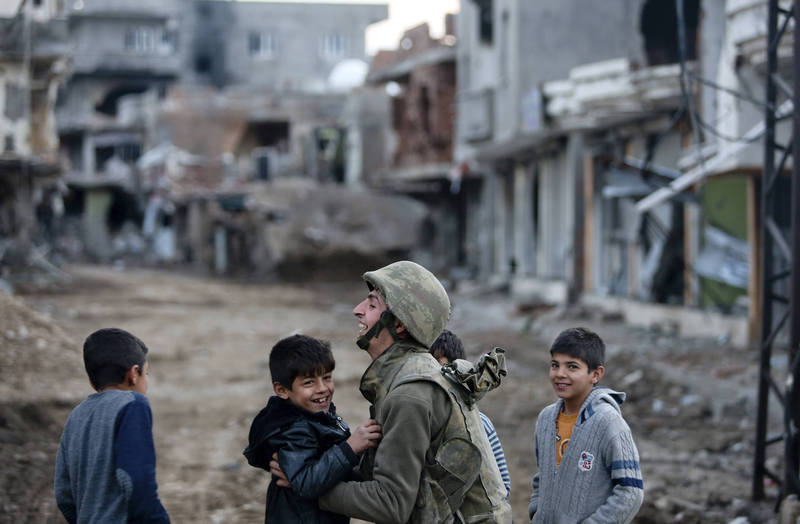 by Daily Sabah Feb 16, 2016 12:00 am
Interior Minister Efkan Ala has said that an action plan for combating terror to establish unity, peace and democracy has begun, adding that combating terror and terrorists are two different fields. "Our country has recently experienced a silent revolution," Ala said, and added that TL 3.439 billion ($1.17 billion) has so far been given to those affected by terror and clashes. Speaking at the parliamentary Budget and Planning Commission to discuss the Interior Ministry's 2016 budget on Sunday night, Ala said: "Until now, 2,040 barricades and potholes have been removed throughout Silvan, Varto, Derik, Sur, Cizre and Silopi."

"Two-thousand-three-hundred-and-thirteen bomb set-ups have been demolished and 830 weapons, including machine guns, Dragunov sniper rifles and Kalashnikov rifles have been seized as well as 47 rocket launchers, 645 rocket launcher bullets, 1,000 improvised explosives, 431 hand grenades and 98,650 bullets," said the interior minister. Ala said: "We will not allow any violations to justice, humanity or morals when combating terror. Those combating terror and those carrying out the operations successfully are congratulated and important to us, and those who are making mistakes, violating our morals, culture, beliefs and rules will be strongly punished and investigations will begin. There are those who have already been punished as a result of investigations."

Explaining that 369,255 citizens applied to benefit from the Law of Compensation for the Damage Caused by Terror and Counterterror Operations in 2015, Ala said 345,260 of the applications have been finalized and TL 75 million has been allocated from the 2015 budget for the applicants. As a result of the high number of applications Ala said that an additional TL 25 million was allocated and TL 125 million of funding from the 2016 budget has been provided as well. He said that since the date the law has passed TL 3.439 billion has been provided.

Ala further added that an action plan for unity, peace and democracy while combating terror is in effect and that the combat against terror and terrorist are two different fields that are ongoing. He said: "Our country has experienced a silent revolution when we addressed the social and political issues that terror has been taking advantage of and carrying reforms into effect to address this matter. Our government has prepared an action plan that will determine needs and combat fields multi-dimensionally to completely remove terror. This action plan will aim to completely eliminate all means of armed terror elements and rehabilitate those citizens and regions affected by terror."
RELATED TOPICS