New social reforms to encourage the role of women in workforce 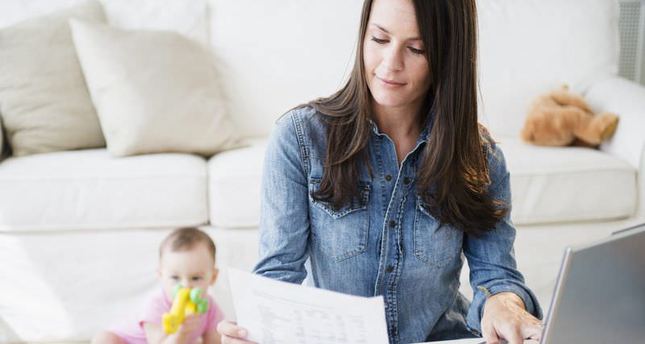 by Nurbanu Kızıl Jan 08, 2015 12:00 am
Prime Minister Ahmet Davutoğlu stated that the government is working to ensure that the employment of women is encouraged while family values and population dynamics are preserved in Turkey. He announced a series of reforms and incentives to address issues faced by Turkish women and to preserve family structure, which is referred to as the foundation of the society in Turkey.

The Turkish Prime Minister was speaking at the 'Protecting the Structure of Family and the Dynamic Population Program' in Ankara to announce a series of social reforms prepared by the government.

"The economy can be restored after a crisis but if the fabric of the family is damaged, we cannot restore it" he said, adding that women should not be forced to choose between motherhood and a professional career, and the government should provide measures to allow this balance.

According to the reform package, women who give birth and who adopt children will be given the opportunity to work part time after birth for a specific period of time in accordance with the number of children, while women who give birth to disabled children will be given extra privileges. "We're trying to come up with a balance that guarantees women's jobs while ensuring they do not neglect their children" said Davutoğlu, adding that a dynamic population is necessary for economic development. He noted that a growing population will bring more responsibilities for the government as more children will need to be educated, and social services will be needed to provide for the growing population.

The birth leave for fathers who work in the private sector will also be provided for five days.

As part of the efforts to encourage the formation of healthy families with strong bonds, the government will subsidize 15 percent of any savings started by parents intended to be used for marriage after the age of 18. The regulation is inspired from the Turkish tradition called "çeyiz", which is the transfer of parental property at the marriage of a daughter or son. According to Davutoğlu, this initiative will ensure that the youth will have financial support when starting a new life.

"The basis of family is love, not violence." said Davutoğlu, announcing that the government will take serious steps to prevent violence in the family.

The Prime Minister stated that the government will announce the seven remaining reform programs in the upcoming days.

A total of 24 transformational reform programs were prepared by the government to address Turkey's economic and social problems in efforts to improve living standards in the country.